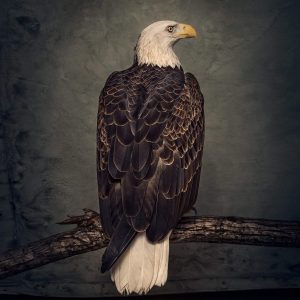 New & Noteworthy is a weekly column in which we highlight some of the newest rock and metal releases coming out each week. Today brings us new music Clutch and Suicidal Tendencies, as well a live Alter Bridge album! Be sure to check out the last week’s New & Noteworthy for what all came out last Friday. If you want to see last week’s sales numbers, you can read about those in Metal by Numbers. Since I am currently in Atlanta for ProgPower USA this week, this may be missing the newest songs, videos, and information released on any of the below. Also be sure to follow us on Spotify to get this month’s New & Noteworthy Playlist, updated every Friday.

Book of Bad Decisions is the 12th studio album from the Maryland based rock band Clutch. The album was recorded at Sputnik Sound Studio in Nashville, Tennessee with producer and engineer Vance Powell (The White Stripes, Red Fang, etc.). Last month they released a music video for “In Walks Barbarella.” Clutch will be touring North America until the end of October, before heading over to Europe to close out the year. I hope to make the October 21st date here in Pittsburgh. Book of Bad Decisions is also available on vinyl. 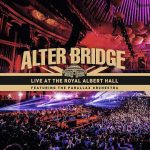 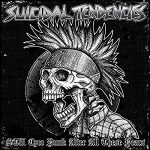 Just a short six months after the release of their Get Your Fight On! EP back in March, the California crossover thrash legends Suicidal Tendencies are back at it again with STill Cyco Punk After All These Years . This is their 13th studio album, and is primarily a re-recording of frontman Mike Muir’s 1996 solo album Lost My Brain! (Once Again), plus and minus a couple tracks. Tonight they will be playing their CD release show at the House of Blues in Boston, and with another tomorrow in Washington D.C. They will also be touring lightly throughout North America this month and into the beginning of October. STill Cyco Punk After All These Years is also available on vinyl.

On a related note, it was recently announced that the band teamed up with famed footwear brand Converse for a Converse X Suicidal Tendencies crossover. 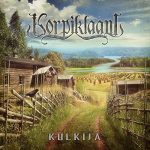 Kulkija is the tenth studio album from the Finnish folk metal band Korpiklaani. They have released a music video for the song “Henkselipoika,” and lyric videos for both”Aallon alla” and “Kotikonnut.” Korpiklaani will be touring Russia this month, but currently have no other show dates announced. Kulkija is also available on vinyl.