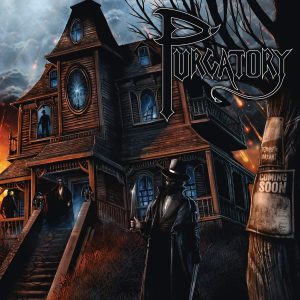 New & Noteworthy is a weekly column in which we highlight some of the newest rock and metal releases coming out each week. Fortunately for me December makes for short work, because that cold I mentioned getting over last week turned into the flu. So my week has been fantastic. Now this week brings us new music from Iced Earth’s Jon Schaffer and Swallow the Sun, and that’s about it. You can check out the last week’s New & Noteworthy here  for what all came out last Friday. Also be sure to follow us on Spotify to get this month’s New & Noteworthy Playlist, updated every Friday.

Iced Earth guitarist Jon Schaffer has returned to his pre-Iced Earth roots, teaming up with his old band mates and taking up songs he wrote between 1985-87 for his band Purgatory. You can check our their lyric video for the song “In Your Dreams” here. Considering that one in The EP was produced and mixed by Schaffer and lead guitarist Jim Morris, and mastered by Zeuss. Will also be available on vinyl. 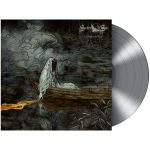 Finland’s Swallow the Sun is teasing their upcoming album When a Shadow is Forced Into The Light, due out in January, with the release of the single “Lumina Aurea.” The track clocks in at an epic 14 minutes, and will be released digitally and on vinyl as the full track and as an instrumental. It looks like it’s not getting a physical, US release so you may have to wait for it to be imported. RIP.