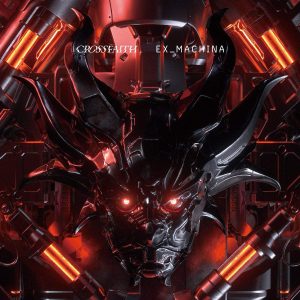 New & Noteworthy is a weekly column in which we highlight some of the newest rock and metal releases coming out each week. We’re kicking off August with a pretty slow week for releases, new us new music from Crossfaith and Halcyon Way! Be sure to check out the last week’s New & Noteworthy, for what all dropped last Friday. If you want to see last week’s sales numbers, you can read about those in Metal by Numbers. Skeletonwitch led up the heavy releases for the week, followed closely by The Agony Scene and Powerwolf. Also be sure to follow us on Spotify to get this month’s New & Noteworthy Playlist, updated every Friday.

Ex_Machina is the fourth full length studio album from the Japanese metal band Crossfaith. As a follow-up to their 2015 release Xeno, the band decided to bring a dystopian futuristic conceptual approach to this album, taking on themes like artificial intelligence. Last week they released a music video for the track “Catastrophe,” and a lyric video for “The Perfect Nightmare” back in June. The album also features a guest spot by Rou Reynolds from Enter Shikari on a track 5, “Freedom.” They currently have no upcoming North American shows announced. Ex Machina is also available on vinyl. 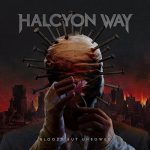 Bloody But Unbowed is the fourth studio album from the Atlanta based progressive metal band Halcyon Way. They have released a music video for the song “Blame.” Currently the band has no upcoming shows announced.