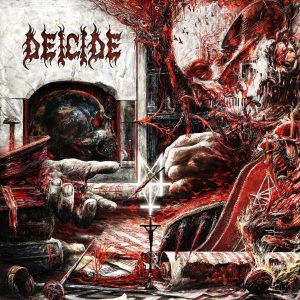 New & Noteworthy is a weekly column in which we highlight some of the newest rock and metal releases coming out each week. This week features new music Deicide and Conan, as well as a couple Blind Guardian reissues! This week is a little short since I’m still recovering from ProgPower USA. Be sure to check out the last week’s New & Noteworthy for what all came out last Friday. If you want to see last week’s sales numbers, you can read about those in Metal by Numbers. Also be sure to follow us on Spotify to get this month’s New & Noteworthy Playlist, updated every Friday.

Florida death metal band veterans return with Overtures of Blasphemy, the group’s first album in five years. This is their twelvth studio album, and first to feature guitarist Mark English, who joined in 2016 replacing Jack Owen. Owen had been in the band since 2004. So far they have only released a lyric video for the single “Excommunicated,” and as of now no upcoming North American tour dates announced. Overtures of Blasphemy is also available on vinyl. 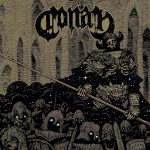 Existential Void Guardian is the fourth full length studio album from the British doom metal band Conan. They have released a music video for the song “Volt Thrower.” The album is also available on vinyl. 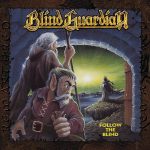