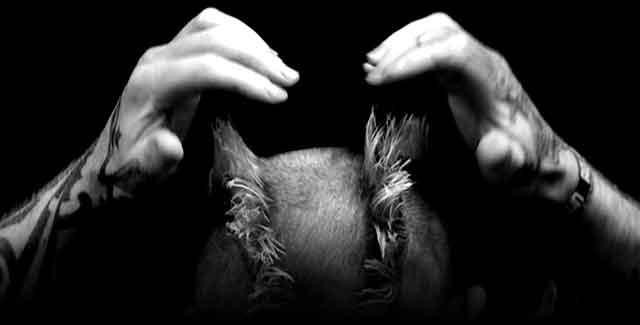 While there have been improvements, the Grammys tend to snub the metal community on a yearly basis. We don’t expect seeing performances from 1349, Cattle Decapitation, or Cannibal Corpse anytime soon. However, it would be great to see a few heavier acts. The only rock performance from the 62nd Annual Grammy Awards Broadcast Ceremony was Aerosmith as they reteamed with Run D.M.C to bring the classic “Walk this Way” hit back to life. We will never forget what happened to Metallica frontman James Hetfield’s microphone incident during the year when the Grammys attempted to unite metal with pop as the group teamed up with Lady Gaga back in 2017. As we pointed out last year with the late Vinnie Paul’s snub, the Grammys snubbing the rock and metal community has turned into tradition.

Keeping the tradition alive, this year’s snubs came from the In Memoriam segment when the late Prodigy singer, Keith Flint wasn’t included in the video. Keith was found dead on March 4, 2019 at his home in Essex, just weeks before the group’s planned U.S tour at the time.

We understand that it’s nearly impossible to include every single name of the departed during the Grammys In Memoriam segment as there’s a separate list showcasing artists who died in 2019-early 2020. However, fans have been angry on seeing Flint as well as Scott Walker, Talk Talk singer Mark Hollis, Silver Jews frontman David Berman, and more snubbed from the video.

Sunday (26th) night’s In Memoriam Segment did manage to highlight some big losses including Neil Peart. However, in addition to names left off the clip, there were a few misspellings. And there’s no list or quick edit feature to fix the visible mistake. The Cars’ frontman Ric Ocasek, who died in September, his name was featured as “Rick” during the live broadcast. Spanish singer Camilo Sesto, who also died in September 2019, appeared on the screen as “Camile.”

Watch the In Memoriam segment below:

Fans have taken to Twitter to express their frustration on the overall snubs and typos:

Man if you gone put somebody in your fucking In Memoriam get their fucking name right @RecordingAcad It’s CAMILO SESTO NOT CAMILE SMFH pic.twitter.com/vY4CXFEKne

The In Memoriam segment at this year’s Grammys failed to include Scott Walker, David Berman (Silver Jews, Purple Mountains), Talk Talk’s Mark Hollis, The Prodigy’s Keith Flint, and more. On top of that, they misspelled Ric Ocasek from The Cars’ name. https://t.co/WIUE9mZZDj pic.twitter.com/wF8PNMeFAa

The only thing you need to know about the Grammys is that they didn’t include Scott Walker, Mark Hollis, David Berman, Norma Tanega, Robert Hunter, Keith Flint, or Bushwick Bill in their in memoriam. Lil Nas X was great though.

I don’t watch the #GRAMMYs but to see that #KeithFlint was not mentioned in the “In Memoriam,” video is a slap in the face to fans. He passed in March 2019, so it didn’t just happen and they didn’t have time to include him. pic.twitter.com/sl2CL7jS06

Grammys a bunch of hoes for omitting the god Keith Flint from the in memoriam section https://t.co/BZVVnTe50o