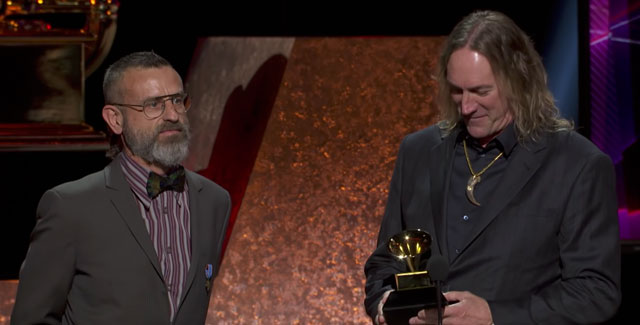 First, we’d like to congratulate everyone who was nominated for this year’s Grammy Awards, including Candlemass, I Prevail, Killswitch Engage, Death Angel, and Tool. With that being said, Tool has won a Grammy for Best Metal Performance for their song “7empest.” The track is taken from the group’s first album in 13 years, Fear Inoculum. Similar to previous years, drummer Danny Carey and bassist Justin Chancellor accepted the award during the pre-ceremony broadcast. During Carey’s acceptance speech, the drummer paid tribute to the late Neil Peart. Earlier this month, Tool paid tribute to the legendary Rush drummer at their show in San Diego.

Chris Cornell won a posthumous award in the category of Best Recording Package.

Check out the winners from all metal, rock and alternative categories below:

During the broadcast ceremony at the 62nd Annual Grammy Awards, Ozzy Osbourne and his wife, Sharon, hilariously presented the Award for Best Rap/Sung Performance to DJ Khaled.

Watch the clip below :

You can find the full list of winners at this location.