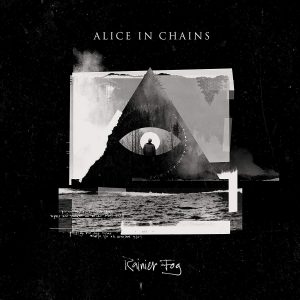 New & Noteworthy is a weekly column in which we highlight some of the newest rock and metal releases coming out each week. Today brings us new music Alice In Chains, The Amity Affliction, and Nonpoint! Be sure to check out the last week’s New & Noteworthy, for what all dropped last Friday. If you want to see last week’s sales numbers, you can read about those in Metal by Numbers. Also be sure to follow us on Spotify to get this month’s New & Noteworthy Playlist, updated every Friday.

American grunge group Alice in Chains returns to Seattle with their sixth’s studio album, Rainier Fog. The album was produced by Nick Raskulinecz (Rush, Mastodon, Rise Against), marking the first time the band has worked with the same producer for more than two albums. The album was recorded in various locations including Studio X in Seattle, Rock Falcon Studio in Nashville, Jerry Cantrell’s home studio in Los Angeles, Henson Recording Studios in Los Angeles, and JHOC Studio in Pasadena. They have released the three songs “The One You Know”, “So Far Under” and “Never Fade” as singles, but have not released any videos for them. Alice in Chains will be touring North and South America until about mid-November. Ranier Fog is also available on vinyl. 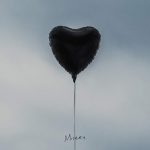 Misery is the sixth studio album from the Australian metalcore group The Amity Affliction. The album was produced by Matt Squire (Underoath, Panic! At the Disco, etc.), which is the first time the band has worked with like this. They have released music video for the two songs  “Ivy (Doomsday)” and “Feels Like I’m Dying,” with the videos follow a single story  cliffhanger with a To Be Continued. So clearly there will be at least one more to come and cap off the story. They do not appear to have an extensive tour announced for the album yet, but they will be playing throughout Europe in October. Misery is also available on vinyl. 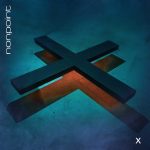 Twenty one years since the release of their debut album, Florida alternative metal group Nonpoint releases their tenth studio album, X. The album was recorded by produder Fred Archambault at Uptown Recording Studio. They have released a music video for the track “Chaos and Earthquakes,” and a lyric video for “Dodge your Destiny.” They are currently touring North America,