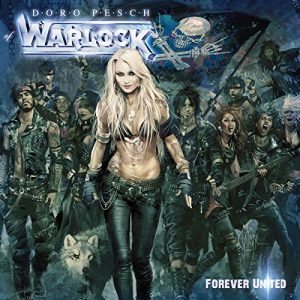 New & Noteworthy is a weekly column in which we highlight some of the newest rock and metal releases coming out each week. The month has been pretty slow overall for releases, but today brings us new music from Doro and Moonspell! Be sure to check out the last week’s New & Noteworthy, for what all dropped last Friday. If you want to see last week’s sales numbers, you can read about those in Metal by Numbers. Also be sure to follow us on Spotify to get this month’s New & Noteworthy Playlist, updated every Friday.

Coming off a sold out, headlining show at Wacken-Open-Air, the heavy metal queen Doro Pesch returns with her thirteenths solo album, Forever Warriors, Forever United. Double album. She has released a music videos for “All for Metal” and “If I Can’t Have You, No One Will,” the latter featuring Amon Amarth vocalist Johan Hegg, and a lyric video for “Lift Me Up.” The album also features guest appearances from Chuck Billy (Testament), Mille (Kreator),and the late Warrel Dane (Nevermore). Doro will be touring Europe consistently until Spring 2019, with her only upcoming North American show being at ProgPower USA in Atlanta, Georgia. Forever Warriors, Forever United is also available on vinyl.

You can read our interview with Doro here, as we talked touring with Judas Priest, working with Johan Hegg, and more! 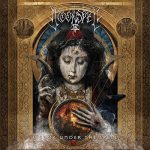 Moonspell, Lisboa Under the Spell (Napalm)

Lisboa Under the Spell is a special live release from the Portuguese gothic metal group Moonspell. The release includes a documentary, live performances of their three albums Wolfheart, Irreligious, and Extinct, and behind the scenes photos and videos. You can check out video for the two songs “Herr Spiegelmann” and “Alma Mater. The video was filmed at the Campo Pequeno Arena in their hometown of Lisbon. Lisboa Under the Spell  is also available on Blu Ray / DVD. 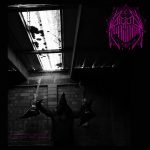 Since it’s a slow week, I had a little more time to check out some other releases. Knowing nothing about this band beforehand, I clicked play and was not let down. They deserve to be included on the sheer merit of their riffs and song titles alone. Combine blazing thrash metal riffs and rhythms, melodic speed metal solos, harsh black metal vocals, and song titles like “Drunk on the wizdom of unicorn semen” and you have Rebel Wizard. Don’t take my word for it, just go click play on something. You could always check out their video for “The poor and ridiculous alchemy of Christ and Lucifer and us all.” Voluptuous Worship of Rapture and Response is also available on Bandcamp.