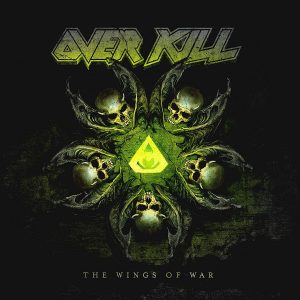 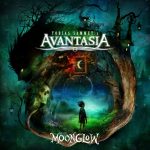 This past week practically all I have listened to is the newest Avantasia release, all week so here’s a plug for Zenae’s review of Moonglow and her interview with mastermind Tobias Sammet. Start at the beginning of the album, but be sure to return to “Alchemy” and “Book of Shallows” on second spin. Leave it to Tobi to bring out the best in everyone involved on these tracks; Geoff Tate, Hansi Kürsch, Jorn Lande, Ronnie Atkins, and Mille Petrozza. I particularly liked Mille’s part, it provides a great contrast to the symphonic side of the music while adding a sense of urgency to the song.

The Wings of War is the nineteenth studio album from the American thrash metal group Overkill. It was recorded between Gear Recording Studio in New Jersey, SKH Studio in Florida and Jrod Productions with engineering handled by members D.D. Verni and Dave Linsk. Mixing and Mastering were done by Chris “Zeuss” Harris. This will be Overkill’s first album to feature drummer Jason Bittner, who replaced Ron Lipnicki in 2017. They just finished up playing a string of shows in South America, will be touring Europe throughout March, but then they’re coming to North America from March into May. Death Angel and Act of Defiance are to open. They will also be playing the first ever Megacruise, alongside artists like Megadeth, Anthrax, Testament, Devildriver, and more! 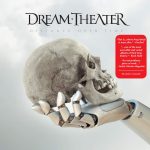 Distance Over Time is the fourteenth studio album from the American progressive metal Dream Theater, and their first release since their 2016 epic The Astonishing. The album was recorded at Yonderbarn in Monticello, New York and Mixland Studios in Midhurst, Canada, and produced by guitarist John Petrucci. It was mixed by Ben Grosse, and mastered by Tom Baker. Dream Theater will be touring North America through March and April, before heading over to Europe this summer. 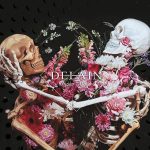 This is the latest release from Denmark’s Delain. This is the band’s third EP, and first studio release since their 2016 album Moonbathers. Hunter’s Moon will be the band’s first album with drummer Joey de Boer, who started touring with the band before officially joining them last year. Having been the go-to opener choice for some of the biggest North American power metal tours the last few years, now it’s time for Delain to hit the States as a headliner. This fall they will be touring with Amorphis and Anneke Van Giersbergen. I should be at the Cleveland date.

As I Lay Dying, An Ocean Between Us (SRCvinyl)