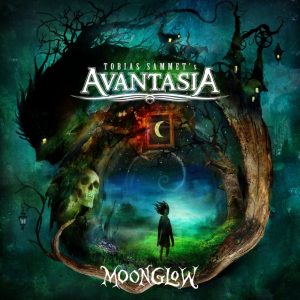 New & Noteworthy is a weekly column in which we highlight some of the newest rock and metal releases coming out each week. This week brings new music from Avantasia and Rotting Christ, a variance you won’t find anywhere else but the metal world. You can check out the last New & Noteworthy, and the latest sales numbers in Metal By Numbers. Be sure to follow us on Spotify to get this month’s New & Noteworthy Playlist, updated every Friday with the newest metal releases.

Here’s my biggest anticipation of the year, and I know I can’t be alone here. Tobias Sammet’s Avantasia has returned with Moonglow, their followup to the 2016 album Ghostlights. Not to mess with a good formula, this album was recorded at Gatestudio Wolfsburg, Germany, and produced by Tobi and longtime collaborator Sascha Paeth. They released the 11 minute epic “The Raven Child” back in December with a lyric video, featuring guest vocals from Hansi Kürsch (Blind Guardian) and Jørn Lande (ex-Masterplan). The second single, the title track, “Moonglow” features Candace Night on vocals. Other guests you can expect to hear: Ronnie Atkins (Pretty Maids), Eric Martin (Mr. Big), Geoff Tate (Queensryche), Michael Kiske (Helloween), Bob Catley (Magnum), and Mille Petrozza (Kreator). Check out our interview with Tobias Sammet, as we talk about his process, Avantasia’s upcoming U.S Tour (!!!) and 70,000 Tons of Metal. Speaking of which, they’ve got five North American dates this time around as a part of their world tour. You’ll find me at the Chicago show, patched up Amorphis with Andrew WK on the shoulder. Moonglow is also available on vinyl. 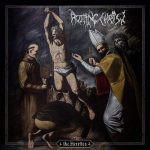 Almost three years to the day, Greece’s Rotting Christ releases their thirteenth studio album The Heretics. The album was recorded by guitarist George Emmanuel, and mixed by Jens Bogren at Fascination Street Studios (Amorphis, Devin Townsend, Haken), in Örebro, Sweden. In December they released a lyric video for “Heaven and Hell and Fire,” and last month “The Raven,” a tribute to the Edgar Allen Poe story of the same name, with a lyric video as well. And just last week they released a lyric video for “Ветры злые (Vetry Zlye),” which features vocalist Irina Zybina (Grai). Currently Rotting Christ has 19 shows coming up throughout Europe between now and August, but none in North America as of right now. The Heretics is also available on vinyl and cassette.