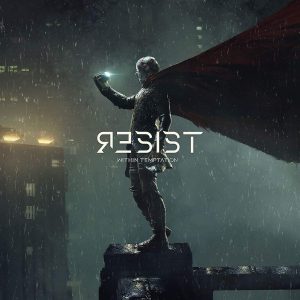 New & Noteworthy is a weekly column in which we highlight some of the newest rock and metal releases coming out each week. The new music releases are starting to heat up for the year, even if the temperature is not. This week brings new music from Within Temptation, Soen, and even a Metallica live album. You can check out the last New & Noteworthy, and the latest sales numbers in Metal By Numbers. Be sure to follow us on Spotify to get this month’s New & Noteworthy Playlist, updated every Friday with the newest metal releases.

Now just over five years since the release of their sixth studio album, Hydra, Dutch symphonic metal band Within Temptation returns for their seven with Resist. For it they once again teamed up with Swedish producer Daniel Gibson, who has worked with them on each of their studio releases since their 2004’s The Silent Force. So far the band has released music videos for “The Reckoning” which features guest vocals by Jacoby Shaddix (Papa Roach), and  “Raise Your Banners,” which features Anders Fridén (In Flames). On top of those two, both “In Vain” and “Raise Your Banners” got lyric videos, and singer Sharon den Adel did an unboxing video for their limited edition Resist boxset release. Within Temptation will kicking off their North American tour at the end of this month, with In Flames and Smash Into Pieces opening. Resist is also available on vinyl. 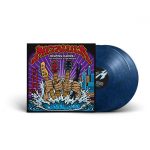 Helping Hands…Live & Acoustic At the Masonic is a special 12 song acoustic live album from Metallica. It was recorded live for a benefit concert for their All Within My Hands Foundation, in partnership with Feeding America and the American Association of Community Colleges. The event, part performance and part auction helped raise 1.3 million dollars, and net proceeds from the albums sale will also be going to the Foundation. On-stage the band was joined by Avi Vinocur on mandolin & background vocals, David Phillips on pedal-steel, Henry Salvia on keyboards, and Cody Rhodes on percussion. They’ve only released a video for “All Within My Hands” so far, but I’m certain you can find more out there to preview if you look for it. 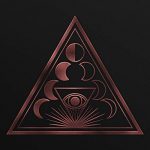 Lotus is the fourth album from the Swedish progressive metal group Soen. They have released videos for “Martyrs” and the title track “Lotus.” The album is their first working with producer David Castillo (Soilwork, Leprous, Katatonia) and Iñaki Marconi. Last October it was announced that guitarist Marcus Jidell (Avatarium) was leaving the band, and to be replaced by Canadian born guitar player Cody Ford, who would be playing on the album. Lotus is also available on colored vinyl.