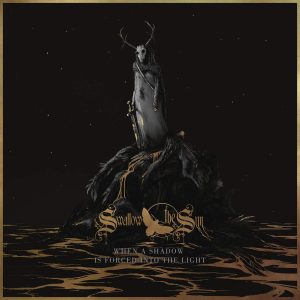 Swallow The Sun, When A Shadow Is Forced Into The Light (Century Media)

They’ve teased it since December, dropping the epic 13 minute long “Luma Aurea” as a single. Finnish extreme metal band Swallow the Sun is back with their seventh studio album, When A Shadow is Forced Into the Light. Guitarist Juha Raivio described it as being an intensely emotional album write and record, following the death of his partner and bandmate Aleah Stanbridge. This will be their first release to feature Juho Räihä, who took over for long-time guitarist Markus Jämsen just last year. You can check out the first video “Luma Aurea,” and they just released one for  “Firelights” last week. The album features guest appearances by Einar Selvik of Wardruna and Marco I. Benevento of the Foreshadowing. Swallow the sun will touring North American alongside Children of Bodom and Wolfheart this March and April. When A Shadow Is Forced Into the Light is also available on vinyl. 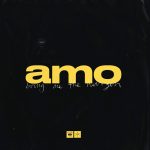 Bring Me The Horizon, Amo (RCA/Sony)

Britian’s Bring Me the Horizon embrace love with their fifth studio album, Amo. Vocalist Oli Sykes refers to the emotion as a core theme with the album, hence the same being Portuguese for “love.” It was produced by Oli and Jordan Fish, who also worked with the band on their 2015 album That’s the Spirit. On top of releasing music videos for both “MANTRA” and “medicine,” the band has released a lyric for”Nihilist Blues” which features Canadian artist Grimes, and lyric video for “wonderful life,” featuring a guest appears in both audio and video from Dani Filth of Cradle of Filth. Amo is also available on vinyl. 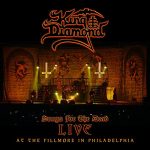 King Diamond’s latest live album features 18 songs over two discs. Songs For the Dead was recorded at The Fillmore in Philadelphia while touring North America in 2015, and the second their show at Belgian festival Grasspop Metal Meeting in 2016. You can check out clips from “Arrival,” “Black Horsemen,” “Sleepless Nights,” and “A Mansion in the Dark.” The album is available on colored vinyl, and with video on Blu-Ray.

Tags: Amo, Bring Me the Horizon, King Diamond, Songs for the Dead Live, Swallow the Sun, When a Shadow is Forced Into the Light