Metal Inside(r) Home Quarantine is Metal Insider’s new column during this time of isolation due to the COVID-19 pandemic. We asked artists five questions on what’s been keeping them busy ranging from their favorite movies, food they’ve been eating, music they’ve been listening to and more. We caught up with Abysmal Dawn’s Charles Elliott as he’s spending this time working on new music and making kitchen experiments.

Been working from home with my day job and keeping busy doing interviews promoting our new record. I’ve also been mixing and mastering bands on the side. I just finished mixing and mastering a record for a band out of the UK called Beyond Grace. I also mixed and mastered a live EP for Soulfly, which should be released soon.

Man, a lot of stuff since I like to cook. I’ll cook in large batches now and just freeze food so I don’t have to go out so much. Recently I’ve made steak fajitas, chicken tikka masala, bean + rice and cheese burritos, western style hamburgers, chicken parmesan, beef stew, etc. I try to stock up in the store whenever I go so I don’t eat like shit. You can eat well for relatively cheap if you know how to cook.

I’ve been watching that show “The Midnight Gospel”. I like how it tackles deep existential questions while displaying some radically different acid trip storyline in the background. It gets me thinking and I can’t say that for a lot of TV. I have a few books that I bought that I’ve been meaning to dive into here soon. “Snow Crash” and “Pattern Recognition” are the two staring me in the face to start at the moment. As far as games, I’ve been playing a lot of “God Of War”. That’s basically the game that got me back into video games since I hadn’t owned a system since Super Nintendo prior to picking up a PS4 recently. I just might platinum it, I’m that into it. “Doom” and “Gauntlet” have been a ton of fun as well. I have a backlog of games I’ve been meaning to start, just like books though I’m afraid. Might hit up “Horizon Zero Dawn” or “Last Of Us” next. I’ve heard good things.

Try and use this time to do something constructive other than just play video games haha. Besides audio work, I’ve been trying to use this time to finish some songs that were left off “Phylogenesis”. We plan on getting a head start on writing a new record as well. I’ve tried to reach out to friends and check in on people to make sure they’re doing OK. We’re all in a weird headspace here at times and it’s important we look out for each other. And of course, listen to music to stay sane. Workout and take care of yourselves.

Abysmal Dawn just released their first album in six years with Phylogenesis, which arguably could be one of the best death metal albums of the year. Read our review here and check out the interview with Charles to learn more about the record at this location. These California death metallers were one of the last groups to have completed a tour before the entire globe shutdown. Check out our recap from their NYC show here. 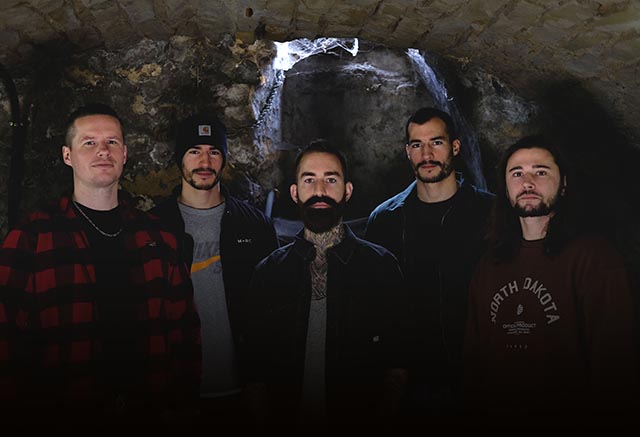