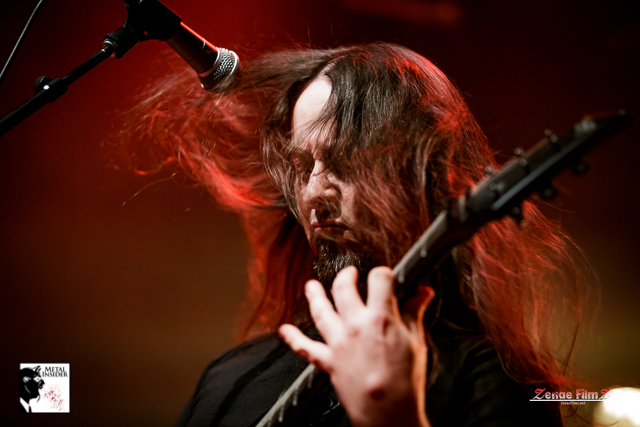 Los Angeles, California death metal crushers, Abysmal Dawn, are gearing up for their first album in six years with Phylogenesis (order here). Their overall fifth full-length effort will be released on April 17th, which also marks their Season of Mist debut. We caught up with the group’s mastermind, Charles Elliott to learn more about the record and being one of the last bands to complete a North American tour before the COVID-19 pandemic closed everything down.

Whether it was changing a few members, signing with Season of Mist, using multiple studios, or the significant change in society between 2014’s Obsolescence to now, Phylogenesis is possibly your most substantial record to date. There’s not one dull moment as you can easily remain engaged from beginning to end. With that being said, I read that there was a point you were going to call it quits (good thing you didn’t), how does it feel to have this new record finally done?

It feels like a huge weight lifted off my shoulders. We labored over this album for quite some time and I’m very proud of it. The response has been amazing so far as well. It makes me feel like all that time between records was worth it and I couldn’t be happier with everything so far.

It’s evident there’s a lot being said in this album, as the title alone speaks for itself with the said, de-evolution humans are experiencing due to the likes (or dislikes) of social media. I’ve read other themes such as the overall decline of society as  the song “The Path of the Totalitarian,” is about social media, the decay of real journalism in “Tre to the Blind” and more. How did these ideas develop?

Just observations over time. I had to take a step back from social media personally because of all the constant bickering and painful cries for attention I see on there. To see that amount of hatred and loneliness constantly was affecting me mentally, at a time I wasn’t in my best headspace. Everyone has a voice and they’re all screaming at once and throwing this negative energy into the universe. Maybe that’s cathartic to some people like angry or negative music can be cathartic? But to me, it wasn’t helping to see that all the time. I use it now again, but only to let fans know what’s going on with the band. I value my privacy and it’s odd to me to share so much with strangers I guess. The decay of journalism is just about that. You see a lot of sensationalist publications publishing rumors as fact, or fake news sites in general that are designed to misinform or profit off misinformation. The more fucked up the news the better. It’s what pays the bills. And since real journalism doesn’t pay anymore for the most part and everyone has a voice, we’re left with this sea of bull shit to shift through. It’s overwhelming. 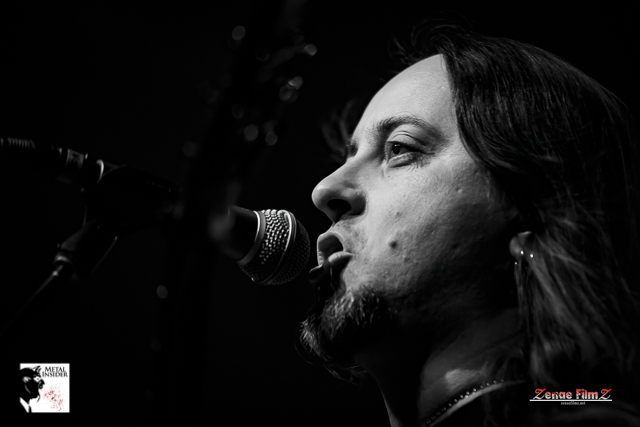 The album has a strong start with “Mundane Existence.” Can you talk more about this song?

It opens with a spoken word part inspired by a quote from Eric Weinstein. It’s probably the fastest and most aggressive song we’ve ever written. The perfect opener and sort of a “fuck you, we’re back” sort of statement. Lyrically it’s based on dealing with the harsh realities of our modern society, and what it would be like to meet god if there is one. And if there is one, you’d more than likely be a disappointment to them and they’d be a disappointment to you.

Are there any particular tracks that were more challenging?

“Mundane Existence” is probably the most ridiculously hard song to play. “The Path Of The Totalitarian” and “Coerced Evolution” are up there too. And the middle section of “Soul-Sick Nation” is pretty ridiculous as well. We definitely challenged ourselves on this one.

You seem to have a full schedule, how do you balance your time between building your own studio, Tastemaker Audio, Abysmal Dawn and your day job?

Lack of sleep, lack of social interaction and booze. These have been the secrets of my success…and probably not the healthiest.

The tour with Vader had a great lineup along with Hideous Divinity and Vitriol. How did this come together?

Honestly, it was just something our booking agent pitched us on. We love Vader and when we heard the rest of the lineup we just said, “hell yeah, that’s a fucking killer death metal tour.” It’s crazy to think we were one of the last North American tours to happen before all this pandemic madness.

What plans do you guys have next?

We were planning a tour a few months after this one, but now with the world on lock down, all of our tour plans are on hold. We hope to be back out there by the fall but we’ll see what happens. We had plans for listening parties in NYC and Los Angeles but that all seems to be cancelled at the moment. Crazy time to live through right now.

Musically, how would you compare Phylogenesis to your prior efforts?

I think it’s our most aggressive and musically challenging record to-date. Everything is on another level and I feel like it’s our proudest moment yet. “Obsolescence” was a dark record and had some place metal flourishes. I think this one is a bit more in line with what we did on “Leveling the Plane of Existence” just ramped up 1000 fold.

It’s been a long time coming but it was worth the wait. We won’t be able to tour for a while so please continue to support us by streaming our music, buying our merch, and purchasing the album. And that goes for all your favorite artists because they need you more now than ever. Thank you for all the love and patience throughout the years. We’ll see you on the road again hopefully soon!