Six years has past since LA’s Abysmal Dawn released an LP and finally, we have Phylogenesis. I’ve been listening to the record A LOT these past number of weeks. The more I listen to it, the more I really love it and the more I’ve come to realize that this is the band’s pinnacle in terms of their sound. This band is firing on all cylinders right now between their live show and their new recordings, and if you never checked Charles Elliott and company out before, you really should now.

I’d say the first three tracks hook you, right from the opening “Mundane Existence,” but let’s be frank here, this entire record is filled with hooks, amazing riffs and dazzling leads. The other aspect of this record that really stands out is the rhythm section. Just listen to the first few minutes of “Mundane Existence” and you’ll know exactly what I mean. Same with “The Path of the Totalitarian” – crank that bass while listening to this track.  “Soul-Sick Nation” is yet another one of these standout tracks that is so expertly crafted with the rhythms and leads meshing just so well. While this band is known for guitar, there’s no doubt that Abysmal Dawn has been exposed to a wealth of new rhythmic influences that have now manifested in their songwriting.

A great treat on this record is the Death cover of “Flattening of Emotions.” Elliott’s take on Chuck’s guitar is familiar yet refreshingly unique at the exact same time. I love how Elliott pays homage to Death but then also extends the legacy of Death by reinterpreting the creativity in a novel cover.

Overall this record has vastly improved production over some of their past releases and just an intense amount of groove. Phylogenesis is a top contender for one of the top death metal records of the year, hands down.

Phylogenesis releases April 17, 2020 and can be ordered here.  First day buy in my opinion. 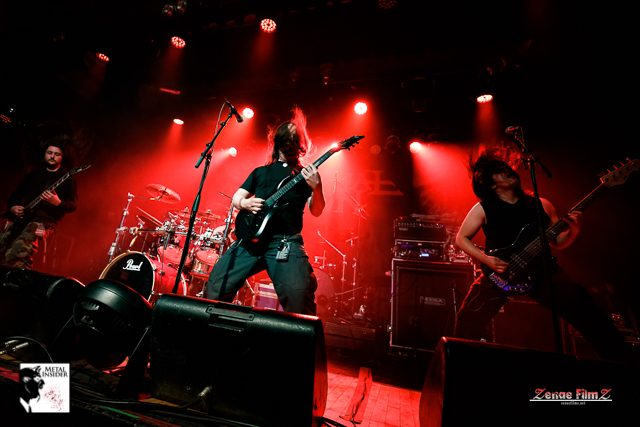