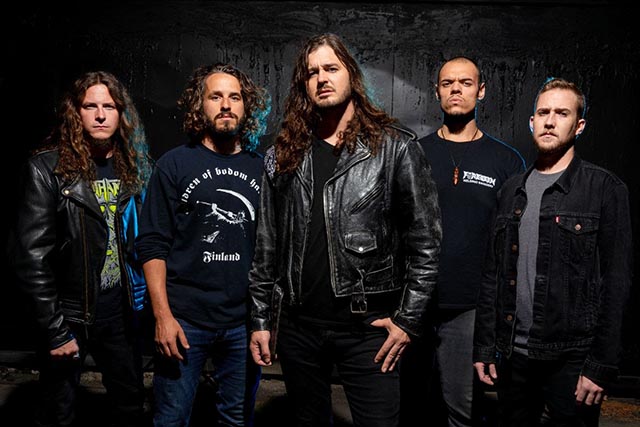 Warbringer have shared a video for the song “Crushed Beneath the Tracks.” The track is taken from the group’s latest effort, 2020’s Weapons of Tomorrow. Warbringer’s headlining West Coast tour kicks off tomorrow (13th) in Fresno, CA, and you can grab your tickets here.

“Warbringer is ecstatic to return to the road with our upcoming “U.S. Unraveling” headline tour in support of our latest album, Weapons of Tomorrow! It’s been over two years since the album’s release and the band is long overdue to perform these songs live on the west coast! We wanted to do something cool for the fans and film a new music video for the album’s heaviest song, “Crushed Beneath the Tracks”! Thanks to director Juan Rodriguez (Haze Grey Pictures) and his team for collaborating with us to create wicked visuals for such a neck-breaking track! We’ll be performing it every night on tour, so spread the word and we’ll see you in the circle pit!”