It’s been quite the eventful year for Code Orange. They signed to Roadrunner records in April, and announced their third album, Forever, due in January. If you missed it,  they dropped the title track on Halloween. And with new music, comes touring.

It’s not just any tour. It’s Code Orange’s first headlining tour in support of the new album. It kicks off Jan. 13 at the Rex Theater in Pittsburgh. The band will perform a special album release show, which features support from Incendiary, Wisdom In Chains, Eternal Sleep, Enemy Mind, and Drawing Last Breath. In other words, it’s going to be kick-ass. You can get tickets here.

The rest of the tour will feature support from Lifeless, Disgrace, Gatecreeper and Nicole Dollanganger (though be warned- the dates for each of these groups vary). 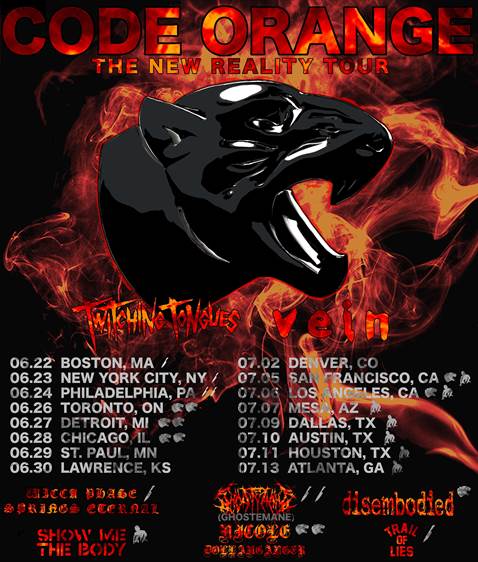