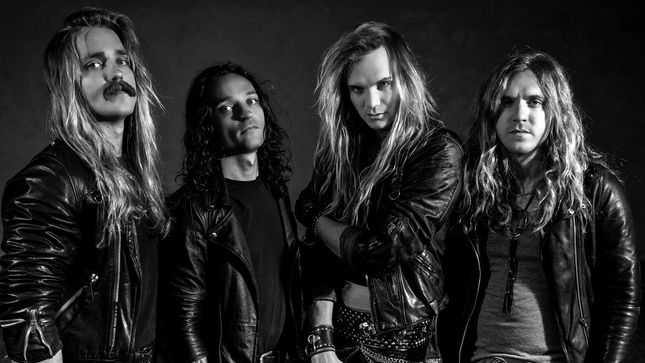 Enforcer have premiered a new lyric video for “Searching For You” off their upcoming album Zenith. The band also recorder a Spanish version of their song “Muere Por El Diablo.” Frontman Olof Wikstrand dedicated the track to their Latin American fans,

“Here’s something special for you! This is a tribute to our Latin American fans for being the best fans in the world!”

Catch Enforcer on their upcoming tour with Warbringer this Fall. Check the routing here.