Fans of Metallica in Texas got a treat this week when the band played their song “Here Comes Revenge” live for the first time ever during a show at Lubbock’s United Supermarkets Arena. And thanks to a fan who filmed the performance, the rest of the world can see footage from that night too.

“Here Comes Revenge” was written about a young fan who was tragically killed by a drunk driver. The girl was a huge fan of the band and following her death, her parents found comfort in coming to their shows and sharing in the music that she loved.

Eventually, the band became friends with the parents and found inspiration in their story. Said frontman James Hetfield about the song during a Virgin Radio interview,

“It just hit me: ‘How can you guys find something positive in the world to connect you to your daughter again’ — which was Metallica, the music she loved — ‘instead of just snapping and wanting to just become bitter and attack whoever did this?’ So I’m kinda putting myself in those shoes and how revenge must feel really powerful and great to do, but it doesn’t satisfy that urge.”

Metallica is currently wrapping up their North American leg of the WorldWired tour promoting the album. Starting in May, the band will be heading overseas for a set of European tour dates. 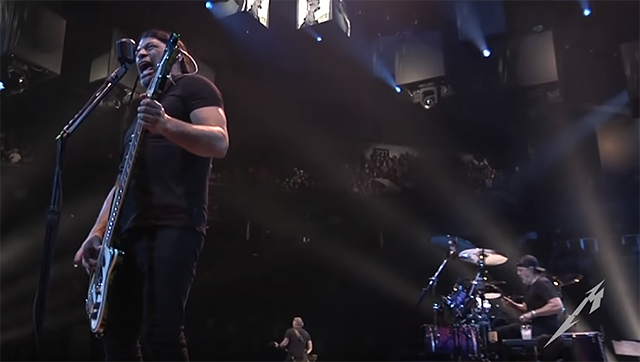