Just four days after Cannibal Corpse’s North American tour, guitarist Pat O’Brien was arrested on December 10th for burglary and charging at an officer with a knife. Meanwhile, his house caught on fire. Since then, a fundraiser was launched by Deana Mazurkiewicz, wife of Cannibal Corpse drummer Paul Mazurkiewicz and O’Brien was released from jail after making the $50,000 bail. Additionally, fire marshals found a large stash of weapons, locked safes and potential explosive devices including 50 shotguns, 20 handguns, and more. After ten days of silence, today (20th), the band has issued a statement. While the group were unable to reveal too much information, they addressed that they only want the best for Pat.

‘“As a band and as individuals, we all want nothing but the best for our brother and partner, Pat. While we can offer no further information about the incident, we wanted everyone to know that Pat is getting the help he needs and appreciates the love and support from Cannibal Corpse fans around the world.

Pat is currently with family and friends and looks forward to a healthy return at some point. For anyone wondering, all Cannibal Corpse touring will happen as planned and all shows will be played.”

Cannibal Corpse are scheduled to co-headline part of the 2019’s Decibel tour that kicks off in February. It isn’t clear whether the group will replace O’Brien for the upcoming trek. However, we hope O’Brien continues to get the help that he needs. 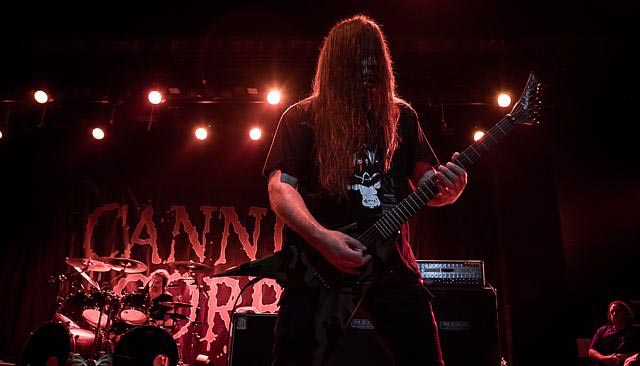