Can you feel it? Because we’re almost there. The new tracks released yesterday from Meshuggah, In Flames, and Every Time I Die, along with the new Metallica song released last week, are all signs that we’re about to enter one of the most intense fall release calendars in recent memory. And it all starts today, with a release list that contains some incredible new albums from all over the spectrum. Get excited and get purchasing, because there are some real gems here. Enjoy!

Delain’s meteoric rise in popularity in the US is not a coincidence, nor is it hyperbole. The Dutch group has participated in some extremely high-profile tours in recent years, endearing themselves to the rabid fanbases of Kamelot, Sonata Arctica, and Nightwish with ease. There is a very real chance that the combined sales of the standard edition and deluxe edition of this album could land Delain on the Billboard 200 charts for the first time in their career.

A new Sodom record always carries the assurance of pure thrash brutality, and album number fifteen from the German veterans promises to be no different. We got a preview of this album courtesy of the Sacred Warpath EP released at the end of 2014, as the title track from that EP also appears on Decision Day. And if that track sets the tone for this album, then listeners are in for an absolute rager.

Nightmares in the Waking State – Part 1 was one of my favorite albums of 2015, and my enjoyment of the album only amplified my worries about how long it would take its sequel to appear. Thankfully, Solution .45 is not keeping us waiting like they did between their first and second albums. Less than a year after Part 1 made its appearance, Part 2 has arrived to complete the series, and it looks like it will deliver just as much melodic death metal excellence as Part 1.

Inquisition, Bloodshed Across the Empyrean Altar Beyond the Celestial Zenith (Season of Mist)

As Inquisition approaches their 30th year of existence, their seventh album reaches our speakers and consumes us with its evil. There’s no change in the formula for these black metal veterans – they’re going to compose soul-crushing, intense music every time they write an album. Inquisition continues their lyrical expansion into the cosmic and metaphysical realms on this album, growing closer and closer to creating a black metal space opera with each successive album.

Since reuniting in 2011, Running Wild has been, for lack of a better term, running wild over the traditional heavy metal scene. 2013’s Resilient was a huge hit with critics and fans alike, leading to a headlining spot at Wacken Open Air in 2015. Following that accomplishment, Running Wild began work on their latest ode to piracy, and according to mastermind Rolf Kasparek, Rapid Foray is a much more diverse offering than its two predecessors.

Sweden is not a land traditionally known for its power metal output, but Twilight Force is looking to change that. This young group from Falun and Borlänge released their debut two years ago, and immediately grabbed the attention of Nuclear Blast with their storytelling ability and impressive musicianship. Now signed to the veteran label, Twilight Force is wasting no time entering the international scene, with hopes that their sophomore album will grow their fanbase exponentially.

Subrosa, For This We Fought the Battle of Ages (Profound Lore)

With just over a decade of experience under their belts, the doom-chamber architects in Subrosa are looking to up the ante on their newest album. After receiving countless accolades for 2013’s More Constant Than the Gods, Subrosa wants to cement their position as one of the top doom bands in America. Their unique sound, which combines doom with classical violin, is drawing more and more attention from both the metal community at large and more mainstream sources.

Denmark’s traditional death metal scene has not garnered a lot of international attention over the years, but there are plenty of respectable veteran bands that are part of it and deserving of more exposure. Dawn of Demise is one such band, having worked tirelessly since 2003 to make a name for themselves. The Suffering is the fourth album released by the group, and it is reflective of their entire discography: destructive and consumed by rage.

After 35+ years of power metal greatness, many would assume that Vicious Rumors had lost a step, or that they couldn’t hang with the new crop of talent. Concussion Protocol will prove these doubters wrong, as Geoff Thorpe and Co. show that they still have every bit as much fire in their music as they did in their early days. Lead singles “Chasing the Priest” and “Take It or Leave It” already show that the band is at the top of their game and aren’t going anywhere soon.

Another veteran power metal band looking to make a statement that they are still relevant, DGM unleashes album number nine today. The Italian group has been describing this album as their most ambitious work to date, as they look to expand the boundaries of their sound and the genre as a whole. This album features guest appearances by Evergrey vocalist Tom Englund and Symphony X guitarist Michael Romeo. 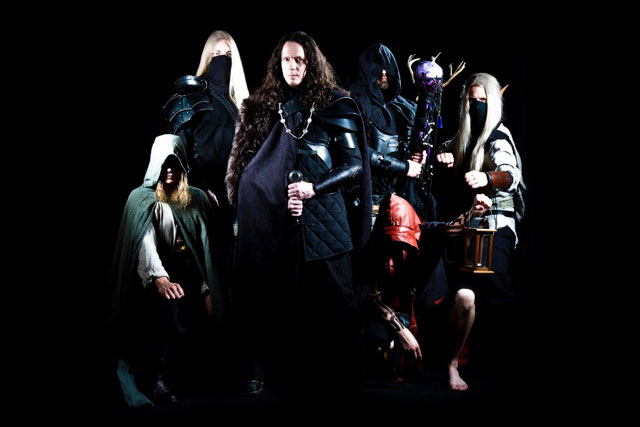