It’s a rare occasion that New York’s Life of Agony plays out. Since forming in 1989, the quartet have split up twice. In 2011, Mina Caputo, who had been known as Keith Caputo, came out as transgender and announced plans to transition from male to female. However, last year, the band reunited to play several European festivals, with Caputo proudly fronting the band. After having performed a sold-out show at Sayreville, NJ’s Starland Ballroom, the band returned there this past Sunday (6) to play a show for Mina’s birthday. Detroit’s Walls of Jericho opened the show. Metal Insider contributing photographer Melinda Oswandel was there to document the sold-out show. A highlight included Mina and guitarist Joey Z performing an acoustic cover of Stone Temple Pilots’ “Plush” in honor of Scott Weiland.
LIFE OF AGONY 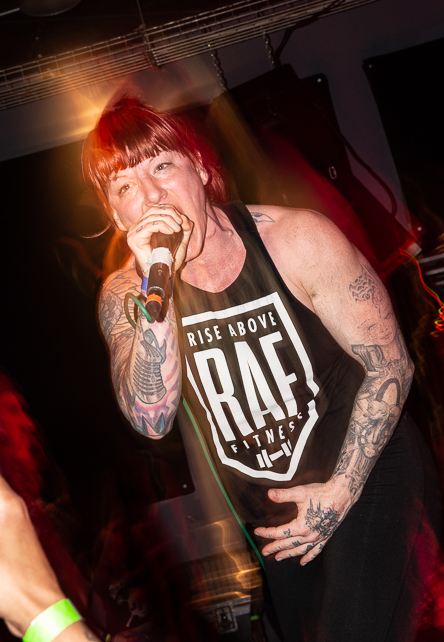