Today is Ozzy Osbourne’s 66th birthday. 35 years ago, he released his first solo album after being fired by Black Sabbath. And while many wrote off the drug-addled Osbourne, he’s since gone on to one of the most successful solo careers in music. It didn’t hurt that he had a star in guitarist Randy Rhoads for the first two albums, but Osbourne has been able to stay relevant via a string of ten solo albums since 1980, as well as a tour that bore his name and an MTV reality show, among other ventures. So in honor of his birthday, we’re going to rank his ten solo albums from worst to best. Note: we’re not counting 2005’s Under Cover because it’s an album of covers. 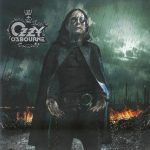 If you go by the first two track titles from this most forgettable of Ozzy albums, the Prince of Darkness was trying to make a statement. “Not Going Away” and “I Don’t Wanna Stop” sound like a petulant child’s complaints before being sent to his room. This, the last album to feature Wylde, is a pretty forgettable album all around, however. 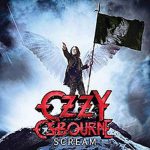 Ozzy’s most recent album, and the first album with Gus G on  it, is a promising debut for the guitarist. The songs on the album, however, with the exception of “Let Me Hear You Scream,” aren’t there, even if Gus’ guitar solos are pretty inspired. Time will tell if he’ll get to truly make his mark with Ozzy, given that Ozzy said his next album would be a “really special” album, and playing with Tom Morello more recently might suggest he’s going in a different direction. 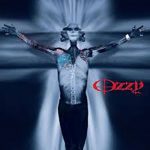 The most forgettable Zakk Wylde album, the guitarist didn’t contribute to writing on the album. It’s notable for being the only album with Faith No More’s Mike Bordin and Metallica’s Robert Trujillo as the rhythm section, but the songs aren’t there. Remember “Gets Me Through,” the album’s first single? Neither do we. What we do remember is a remix of the album’s ballad “Dreamer” with sound bites from The Osbournes spliced in. Pretty awful. 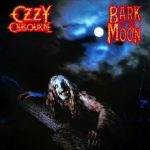 Ozzy’s third solo album, and the debut of Jake E. Lee, this has a monster of a song in the title track. The video, album cover and most of all the riff at the center of “Bark at the Moon” are the best thing about the album though. The other seven songs on the album aren’t bad, but they’re not particularly memorable, either. 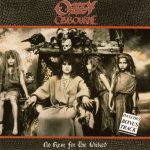 The first album with Zakk Wylde, it was a pretty solid appearance for him. Kicking off with the anti-televangelist classic “Miracle Man,” it also contains “Crazy Babies,” a late ’80s and ’90s staple from the band. This was pretty much the beginning of a creative renaissance for the Ozzman, though and they’d soon hit their stride.