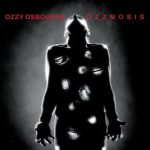 Ozzy said he’d retire after No More Tears, but he returned a few years later with this one. Featuring Sabbath’s Geezer Butler on bass, there are more misses than hits on this album, but thanks to the catchy “Perry Mason,” “See You on the Other Side” (co-written with Lemmy) and “I Just Want You,” there are some of his more memorable tunes of the mid’90s. 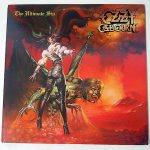 This is the best of the two albums featuring Jake E. Lee. While Ozzy looked a little ridiculous at the time, due to the popularity of hair metal, at least he looked pretty cool on the album cover, drawn by fantasy artist Boris Vallejo. “Shot in the Dark” is one of the better songs in his catalog, and the title track is a banger too. Lee’s guitar work on the anti-war “Killer of Giants” ranks among his best. 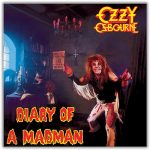 After taking everyone by surprise with Blizzard of Ozz, Ozzy returned little more than a year later with Diary of a Madman. From the mini-drum solo that opens “Over the Mountain” to the epic album-closing title track, this album jams more into eight tracks than some bands do in a career. Once again, it’s Rhoads’ album, with the one-two punch of “Over the Mountain” and “Flying High Again” setting the tone for the remaining six tracks. You’ll want to try to pick up the original version of this though, as Shafon removed Bob Daizley and Lee Kerslake’s bass and drums and had Trujillo and Bordin re-record them. 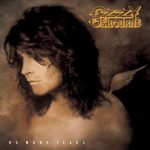 This might be Ozzy’s best album front to back. Featuring stellar contributions from Zakk Wylde and a handful of tracks co-written by Motorhead’s Lemmy Kilmister, there’s not a wasted note on this album. The centerpiece, like many of Ozzy’s albums, is the title track, which features an instantly recognizable bassline, and orchestral breakdown, and a blistering solo from Wylde. But with songs like”I Don’t Want to Change The World,” “Desire” and “Hellraiser,” as well as ballads like “I Just Want You,” “Mama I’m Coming Home” and “Road To Nowhere,” it’s also his most well-rounded album in addition to being his most popular.