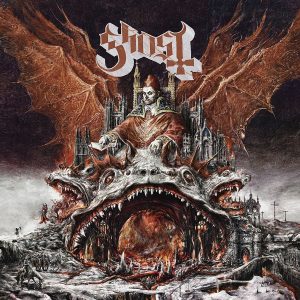 New & Noteworthy is a weekly column in which we highlight some of the newest rock and metal releases coming out each week. This week brings new us new music from Ghost and Kataklysm. Be sure to check out the last week’s New & Noteworthy, for what all dropped last Friday. If you want to see last week’s sales numbers, you can read about those in Metal by Numbers. Obviously enough, Five Finger Death Punch led up the charts for heavy music by a large margin. Also be sure to follow us on Spotify to get this month’s New & Noteworthy Playlist, updated every Friday.

Prequelle is the fourth studio album from the Swedish hard rock group Ghost. The album was produced by Tom Dalgety (Pixies, Royal Blood), and was recorded at Artery Studios in Stockholm, Sweden, and mixed by Andy Wallace at Westlake Studios in West Hollywood. The album is the first to feature Cardinal Copia on vocals, with previous singer Papa Emeritas III unfortunately passing away similarly to their previous two before him. So far they have releases two music videos for the song “Rats,” and a star-studded Instagram story compilation music video for “Dance Macabre.” Tonight they will be finishing up their Rats on the Road North American tour, but no worries, they will be doing their very first stadium shows later this year at the Barclays Center in Brooklyn, New York and the Forum in Los Angeles. Prequelle is also available on vinyl and cassette. 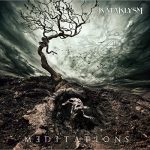 Meditations is the thirteenth studio album from the Canadian death metal band Kataklysm. They have released a music video for the track “Narcissist,” and a lyric video for “Guillotine.” Like many of their previous releases, this too was self-produced by guitarist Jean-François Dagenais and drummer Oli Beaudoin. The band will be playing four shows in the U.S. this week in celebration of the release of the album alongside Jungle Rot before they head over to Europe for a string of Summer festival dates. Meditations is also available on vinyl and cassette. 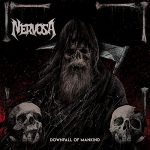 You can check out our interview with bassist/vocalist Fernanda Lira here.