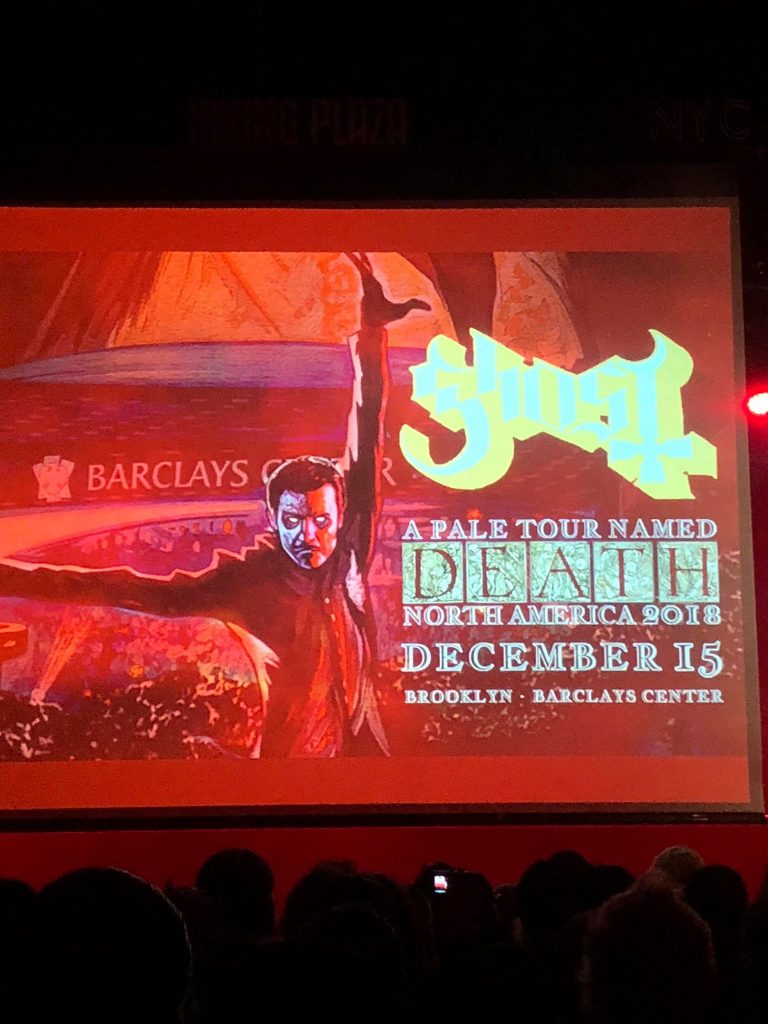 Earlier this morning, Ghost held a special sermon at Irving Plaza in NYC at 9am. During this special “mass,” Papa Nikhil and Sister Imperator announced the group will have their first-ever headline arena dates on November 16th, 2018 at The Forum in Los Angeles, CA and on December 15th, 2018 at Barclays Center in Brooklyn NY. Tickets go on sale this Friday (4th) at 10:00 AM local time.

These dates are in addition to their already-scheduled Rats On The Road Tour, which is in support of their upcoming album Prequelle, which will be released on June 1st via Spinefarm/Loma Vista Recordings.

Check out the official announcement below:

Ghost also revealed that the Papas have been re-instated and you can “meet the Papas” during the VIP experience: