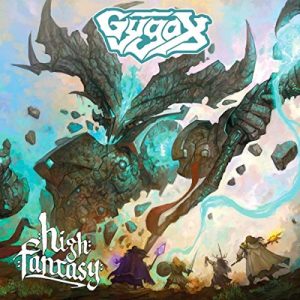 New & Noteworthy is a weekly column in which we highlight some of the newest rock and metal releases coming out each week. This week is a pretty short one, but I’m excited because it brings us a new Gygax album and I’ve loved their last two! For last week’s releases you can check out the last New & Noteworthy, and for the latest sales numbers Metal by Numbers.

Haven’t done too much musically the last week or two other than hit a few shows. Caught Geoff Tate’s Operation:Mindcrime on Wednesday, playing the entirety of his Operation:Mindcrime album and a few favorites for an encore. It was fun, and a good follow-up to seeing him with Avantasia last month. On an unrelated note I’m flying through the Fullmetal Alchemist series still, 21 volumes down with the next 6 coming from the library.