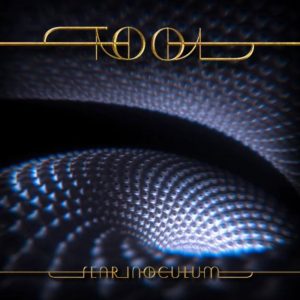 New & Noteworthy is a weekly column in which we highlight some of the newest rock and metal releases coming out each week. This week features the long awaited Tool album Fear Inoculum and a few other releases too I guess. For last week’s releases you can check out the last New & Noteworthy, and for the latest sales numbers Metal by Numbers. Be sure to follow us on Spotify to get this month’s New & Noteworthy Playlist, updated every Friday with the newest metal releases.

This past week I caught the Knotfest Roadshow at Star Lake, featuring Slipknot, Volbeat, Gojira, and Behemoth. It was a killer show, and only made better by the fact that a buddy of mine hooked me up with an extra ticket he had for one of the closer sections. It was great to see Gojira and not just hear them as I get the shit kicked out of me. Volbeat was a lot of fun, and probably one of the bigger draws for me. I liked a few of their earlier albums, and although don’t know much of their new stuff, thoroughly enjoyed their performance. And Slipknot. This makes it four times that I’ve seen them now, and while they never disappoint, it’s something else entirely to see their show at the distance I was at. The stage is chaos. The curtain drops and you’re presented with over a half dozen wildmen running around a custom made, industrial playground. I was on the left side, right in front of New Guy’s post. His costume is toned down and his identity yet unknown, leaving him very little to rely on for character presentation except to go absolutely batshit insane on stage every single night, and damn is it entertaining. I also absolutely loved getting to watch DJ Starscream dancing and playing around the stage in whatever the hell getup that he’s wearing this tour. That all said, there’s something about Corey Taylor’s yelling about the importance of family that makes seeing Slipknot a strangely wholesome experience. For that I dub this show the most wholesome family concert experience of summer 2019.

Fifth studio album. Los Angeles, USA. Progressive rock / metal (read our review here). This is Tool’s first release since their 2006 album 10,000 Days, bringing to end one of the internet metal community’s best long wait meme. I’m so excited to get home from work today and just throw this on repeat.

First single: “Fear Inoculum”
Our thoughts: On the single – Update: On furthering listening I love the song.
Producer: Joe Barresi 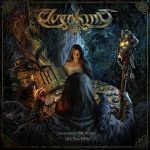 Music videos: “Divination” “Silverseal”
Lyric video: “Under the Sign of a Black Star”
Readers of the Runes – Divination is also available on colored vinyl. 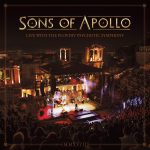 Sons Of Apollo, Live With The Plovdiv Psychotic Symphony (N/A)