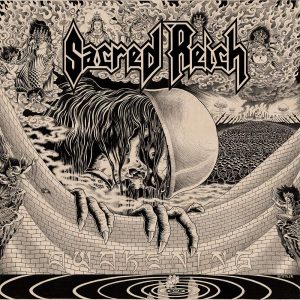 Last Saturday I caught Iron Maiden at the Paint Bucket here in Pittsburgh. The show was epic in every sense of the word. From getting in line at 2pm, to their two hour set of career spanning tunes. All the waiting and anticipation payed off, and I was able to snag a spot one person behind the barrier just off center to the right side of the stage. It’s a whole different experience seeing a band like that in a venue like that right up there. The band was larger than life, and their stage production somehow larger. 10/10, there’s nothing you can say to convince me this band isn’t one of the greatest bands ever. Also I suppose The Raven Age was there too.

Thrash metal. Phoenix, Arizona. First studio release since 1996’s Heal, and will be the first to feature first since drummer Dave McClain and guitarist Joey Radziwill replaced founding members Greg Hall and Jason Rainey respectively. And here I thought the wait for the new Tool album was bad. 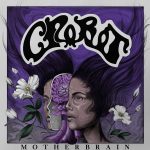 Music videos: “Keep Me Down” “Low Life”
Other single: “Burn” 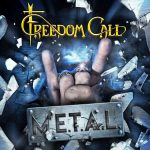