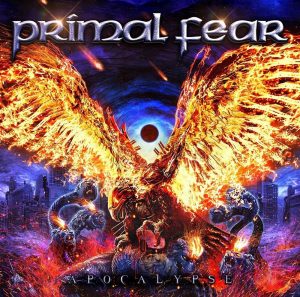 New & Noteworthy is a weekly column in which we highlight some of the newest rock and metal releases coming out each week. We’re kicking off August with a pretty slow week for releases, new us new music from Primal Fear and Van Canto! Be sure to check out the last week’s New & Noteworthy, for what all dropped last Friday. If you want to see last week’s sales numbers, you can read about those in Metal by Numbers. Halestorm, Rise Against, and Dee Snider all debuted above 50! Also be sure to follow us on Spotify to get this month’s New & Noteworthy Playlist, updated every Friday.

Apocalypse is the twelfth studio album from the German heavy metal group Primal Fear. The band once again teamed up again with producer Jacob Hansen (Volbeat, Epica, etc) at Hansen Studio in Ribe, Denmark for the recording, mixing, and mastering. Last week the band released a music video for their third single “The Ritual,” adding to the video fo “King of Madness” and lyric video for “Hounds of Justice.”Primal Fear will be , Australia, and Asia throughout the rest of the year, but currently have no North American dates. Apocalypse is also available on vinyl. 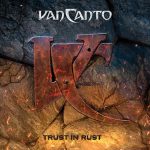 Trust in Rust is the seventh studio album from the German a capella metal group Van Canto. It is their first release not to feature founding vocalist Dennis “Sly” Schunke, as he departed the band in 2017. Earlier this week they released a music video for “Neverland,” and one for “Melody” back in July. The album also features two cover songs, “Ride the Sky” by Helloween, featuring Kai Hansen, and AC/DC’s “Hells Bells.” Along with a full length studio album comes a second disc, filled with orchestral versions of their greatest hits. 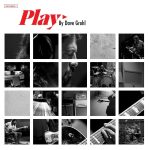 Yesterday the two part mini-documentary by Dave Grohl was released, with the first part focusing on the process of writing and recording a 23 minute epic and the second part being aforementioned 23 minute song. Check the video out here. It will be available on vinyl next month.