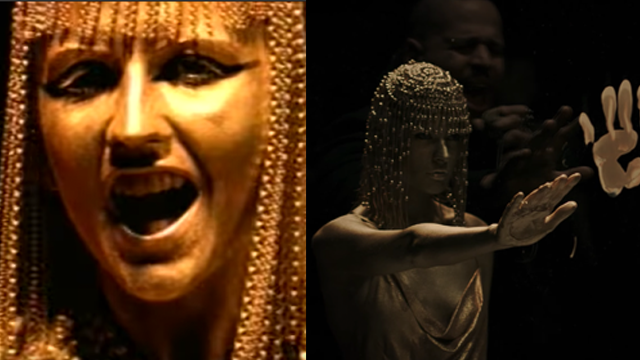 It’s painful to believe that iconic vocalist, Dolores O’Riordan died just over six months ago. People mainly knew her from the band The Cranberries, or at least heard of her or knew the song “Linger” or “Zombie.” For those who followed the late artist, knew her voice was one-of-a-kind and that was reflected throughout her solo efforts as well as other projects such as D.A.R.K. Her loss has impacted the entire music community, and it didn’t matter which genre. O’Riordan passed away on the day she was scheduled to record the cover of the Cranberries’ hit song “Zombie,” taken from 1994’s No Need To Argue with Bad Wolves.

The band have been paying a tribute and respects to the late singer ever since. We recently spoke with Bad Wolves frontman Tommy Vext about how their cover would affect The Cranberries fans and more, as not only did he express his honor for her, he also told us that Dolores gave them her blessing to cover the hit song. When the group released the track, they promised to donate the proceeds to O’Riordan’s children. The cover song is now a huge hit as it topped Billboard charts and more.

Bad Wolves have been touring in support of their latest album Disobey, which was released this past May via Eleven Seven. During last night’s (19th) stop at NYC’s Gramercy Theatre, the group kept their word as they presented a check of $250,000 to O’Riordan’s two sons, Donny Jr. and Taylor Burton, alongside their father, Don Burton prior to performing “Zombie.” The check was also accepted on behalf of their younger sisters, Molly and Dakota Burton.

“Our sadness the day Dolores passed was nothing compared to that of her children and her family. In light of the tragedy, donating our proceeds to her children was the only thing that made sense. The ultimate goal is to present them with a $1,000,000 check – and the fact we’re a quarter of the way there is beyond incredible. The connection that people have to this song, the stories, the memories and the kids who are hearing this song through Bad Wolves for the first time — it’s a true testament to the timelessness of their mother’s songwriting that will live on forever, and we are so grateful to be able to do this for them.” 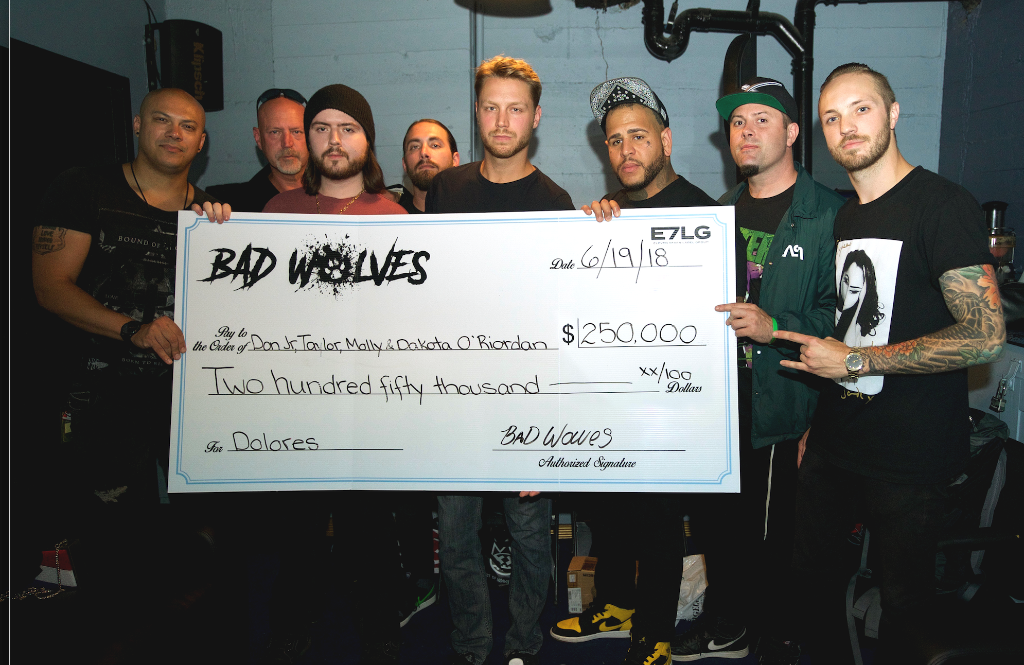 For those who missed it, you can watch the below footage: