On July 13th, Salt Lake City progressive rockers Visitors’ debut album Crest will arrive. The full-length record is a continuation from their EP Vortices, a Foreword (2017).  Today (3rd), we are lucky to premiere their new song “Apoplexia,” which shows their different levels of musical experimentations.

“Musically, this song brings together everything that makes our band what it worked towards since its inception: odd time signatures, multiple hooks, effect-laden guitar interplay, tap-driven bass lines, and an overall extreme dynamic structure that coalesces around vocal gymnastics. On its own, “Apoplexia” represents the divergence to inevitable conflict of the byproducts resulting from mania. Within the context of our concept records’ story, the song embodies a calamitous literal trail of missed messages and failed signals. This was an early track for us that was heavily inspired by a lot of the bands that we were playing and touring with at the time it was written.”

The singer has also explained the album’s concept:

“What began as a work of fiction and musical expansion for us became one of the most intense and revealing pieces of our lives as both band members and friends. ‘Crest’ is not only the continuation and culmination of the concept story that Visitors previously introduced in 2017 with ‘Vortices,’ but it is also the next logical step in the sound we have been toiling away at for the better part of a decade. As the record and accompanying story unfold, the musical presentation takes a deliberate slow turn from elated manic opening phases, through a surrealism turned melancholic peak, and then down into a final cacophony of gracefully ominous darkness.”

Visitors will be performing at their hometown on July 7th at Club X SLC in support of Crest. 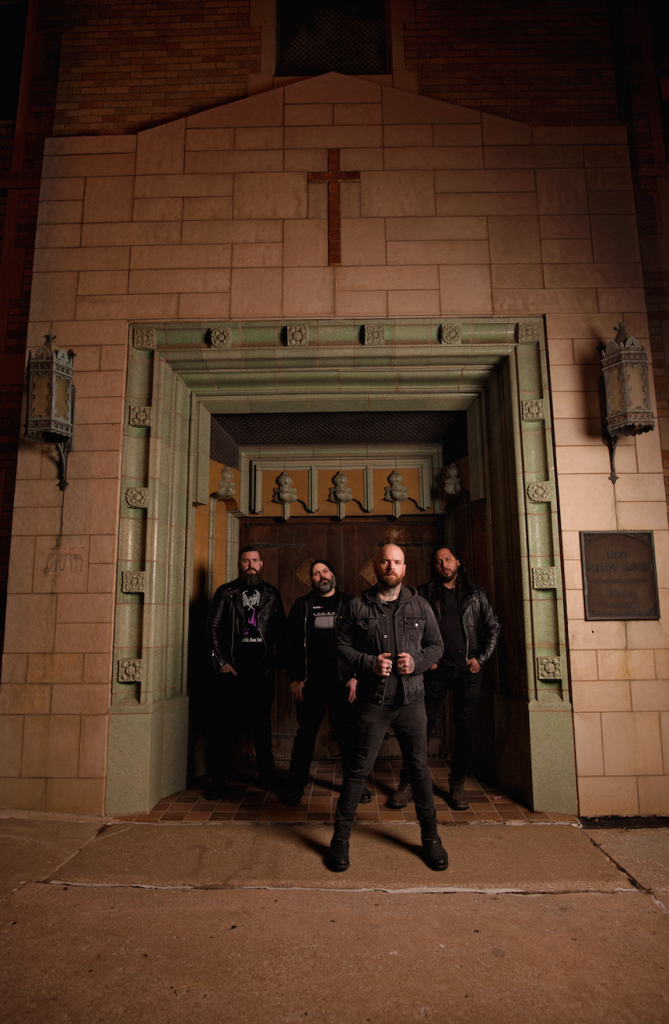