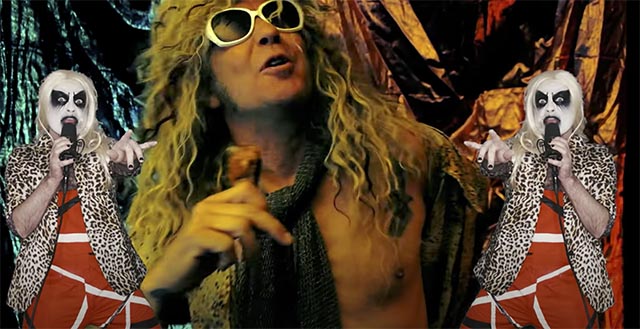 You can hear a cover of Van Halen’s “Unchained” as performed by Matt Pike from High on Fire and Andy Hurley of Fall Out Boy on the “Two Minutes to Late Night” metal talk show. Host “Gwarsenio Hall” aka Jordan Olds recruited musicians Matt Pike and Andy Hurley to the show. Pike sings lead sans guitar, Russian Circles’ guitarist Mike Sullivan does the riff work on this one with host Jordan Olds, “Gwarsenio Hall” himself, on bass, Hurley on the drums, rounding out the line up.

“Of all the onetime supergroups we’ve created, I bet you never expected this one! Please enjoy our 54th bedroom cover made with the support of Patreon. Become a Patreon patron today and get access to exclusive rewards like patches, T-shirts, even custom songs! Plus, you get to see every cover we make before it publicly premieres.” 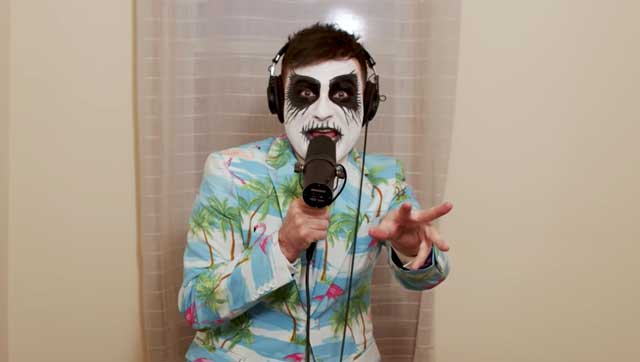