Last night’s Theory of a Deadman show at First Avenue in Minneapolis was almost marred  by tragedy after a ceiling collapsed while the band was playing. Three people were injured during the show when at around 10pm, a 30 by 30 foot section of the ceiling crashed down over the balcony. Two of the three injured were taken to a hospital, but none of the injuries appeared to be life-threatening. According to KSTP, the band fled the stage and the 750 concertgoers were evacuated from the building. Local band 3 Pill Morning were on hand and caught the collapse on Instagram (see below).

A source told KSTP that the collapse might have been caused by a leaky pipe, accelerated by vibrations from the concert, which caused water to build up in the ceiling. Apparently, crew shut off the water flow to pipes in the ceiling. First Avenue will be closed today, and the GM says he isn’t sure when it will reopen. The building was built in 1936, and First Avenue opened as a venue in 1970. The club is best-known for Prince, who recorded three songs from Purple Rain at the building. The club was also heavily featured in the movie of the same name.

Whoa! Came out to First Ave to watch our friends in @toadmofficial and the ceiling collapsed!!! Hope everyone is ok! #ceilingfalling #3pillmorning #theoryofadeadman 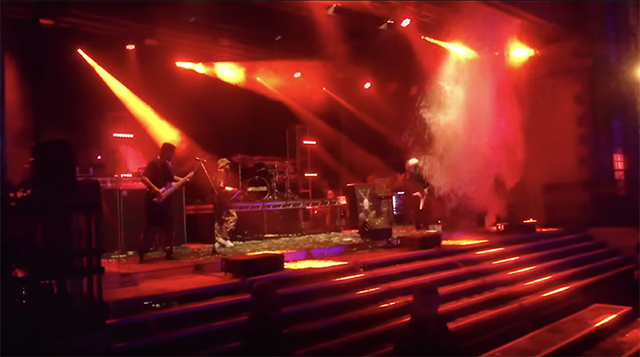