If you were at the Hellyeah show in Houston on Friday, you might have noticed the set ending a bit early. That was because a nearby chemical leak forced the evacuation of the show about three quarters of the way through the band’s set. The band was playing at Warehouse Live, and police received multiple calls about a chemical smell close to the venue. The chemical smell emanated for about 10 blocks, and while looking to track the source of it, evacuated the venue. According to KHOU, a security guard at the newarby Freedman Food Services warehouse waved down a police officer. They then discovered that a pipe for the cooling system had leaked ammonium. Authorities plugged the leak and ventilated the building, and no injuries were reported. Here’s what Vinnie Paul said following the evacuation:

Well, we just wanna say thank you, Houston, and sorry there was an emergency and the buiding had to be cleared!!! We don’t know if it was Isis, a natural gas leak , a chemical leak or what, but three quarters through our show, we were ushered off the stage by venue experts. We’re pissed, but we had no choice but to comply for the safety of our fans. We love you, Houston, and we wanna come back and make it up to you soon.”

The band is currently on the Shiprocked cruise, where the only gas leaks will come from metal bro-dudes in their 40s. 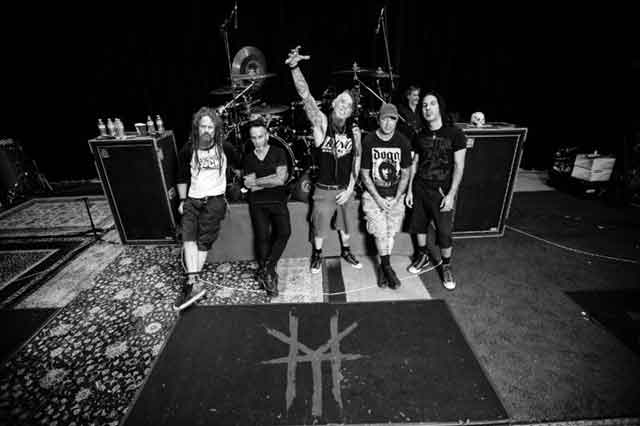