Next year, King Diamond will release a new album, which will be a first since 2007’s Give Me Your Soul…Please. During this year’s Hellfest back in June, the King made a live debut of his new song “Masquerade of Madness.” Today (8th), during the middle of his North American tour, King Diamond has officially released the single “Masquerade of Madness.” The track is taken from his new album The Institute, which will be released in 2020 via Metal Blade Records. Next year is a busy year for King Diamond as not only will his new album arrive but, Mercyful Fate will have their first reunion show in over two decades.

“‘Masquerade of Madness’ is one of the first King Diamond studio songs in a long time. It will be featured on a future two album horror concept story, of which the first part is titled ‘The Institute’. The style is very classic King Diamond with lots of dynamics and limited amounts of compression to achieve very natural sounding vocals and instruments throughout the song. You’ll find some complex orchestrations, including the typical choir works you’re used to hearing from King Diamond, and a special thought process bringing vocals back to the forefront: ‘All vocals are lead vocals.’ Both Andy and I are presently working on several different songs with high potential for the upcoming album; all of which are absolute killers.
We will continue this work when we’re back from our North American tour in December, during which you can hear the live version of ‘Masquerade of Madness’.
For now, we hope you’ll enjoy the brand new studio version of ‘Masquerade of Madness’.”

Listen to the single below:

Want more King Diamond? Check out our best King Diamond/Mercyful Fate promos here and see how we rank the top five King Diamond albums of all time at this location. 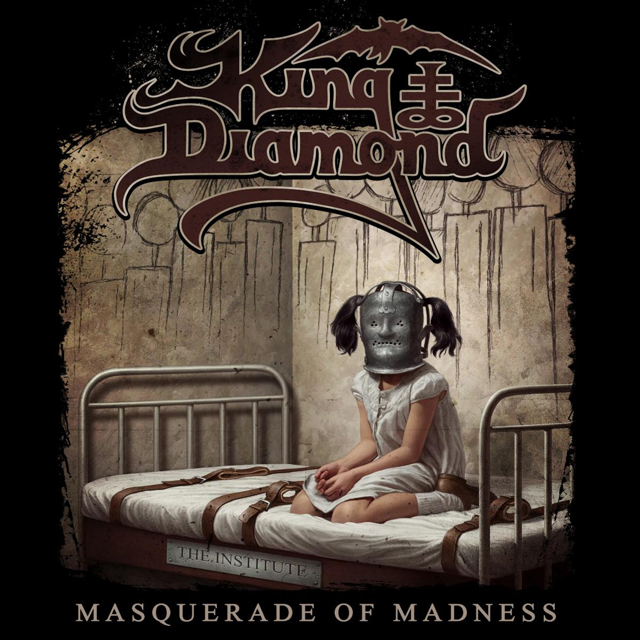