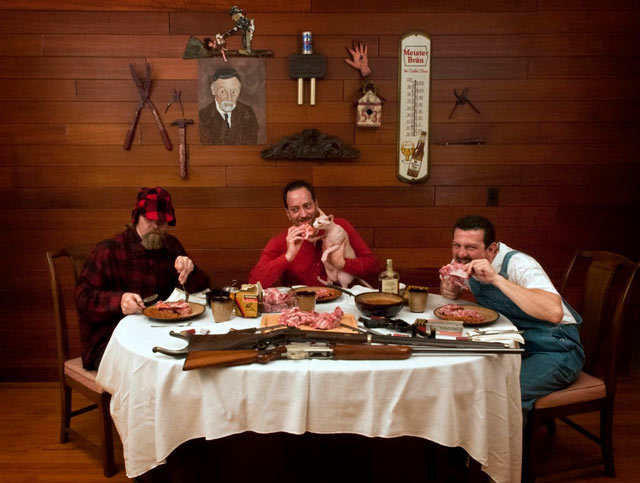 This week, we’re doing something a little bit different by listing out 33 videos that have been released over the last few weeks. How many have you watched so far?

Bad Wolves unveiled the music video for the song “Sober.” The track is taken from the group’s latest album N.A.T.I.O.N.

This song was a unique opportunity to talk about addiction not only from the perspective of the addict but also from the perspective of their loved ones. The message is very different from traditional songs that seem to always perpetuate a mentality of self victimization which is exactly the kind of misguided thinking that perpetuates the mental obsessive side of alcoholism & addiction. In the end the moral of the story is about holding on to not giving up on ourselves or the people who are trying – who are really, really trying to make and better themselves.”

Four additional videos for Lindemann’s “Ach So Gern” was released last week. The track is taken from the group’s new album F&M.

Check out the four new versions below:

Burning Witches have premiered a video for the song “Sea of Lies.” The track is taken from the group’s upcoming album, Dance With the Devil, which releases on March 6th via Nuclear Blast.

04) We Came as Romans unveil “From the First Note” video

We Came As Romans have unveiled a video for the song “From The Fist Note.”

“‘From The First Note’ is a song that celebrates the time that we got to spend with Kyle and acknowledges how truly remarkable of a brother and bandmate he was. Lyrically, I was able to reference ‘To Plant A Seed’ and ‘Tracing Back Roots’, which were both written about the start of the band and how we lived together. I was able to take Kyle’s recorded vocal from ‘To Plant A Seed’ and fit it into the bridge of the song, so we can always hear him when we listen and play it.

We wrote ‘From The First Note’ as a promise to Kyle to not only preserve the amazing moments and memories we had together, but to continue carrying on the legacy of everything we built together,” says bassist Andy Glass. “The video portrays the band playing in a dream-like state, surrounded by beautiful colors and flowers. Our albums throughout the years have had themes of roots, branches, and overall growth. So we felt it was only right to create something that not only captured that essence but persevered it as well.”

Iron Maiden bassist Steve Harris’ side project, British Lion have premiered a video for “The Burning.” The song is the title track from the group’s new album, which was released on January 17th.