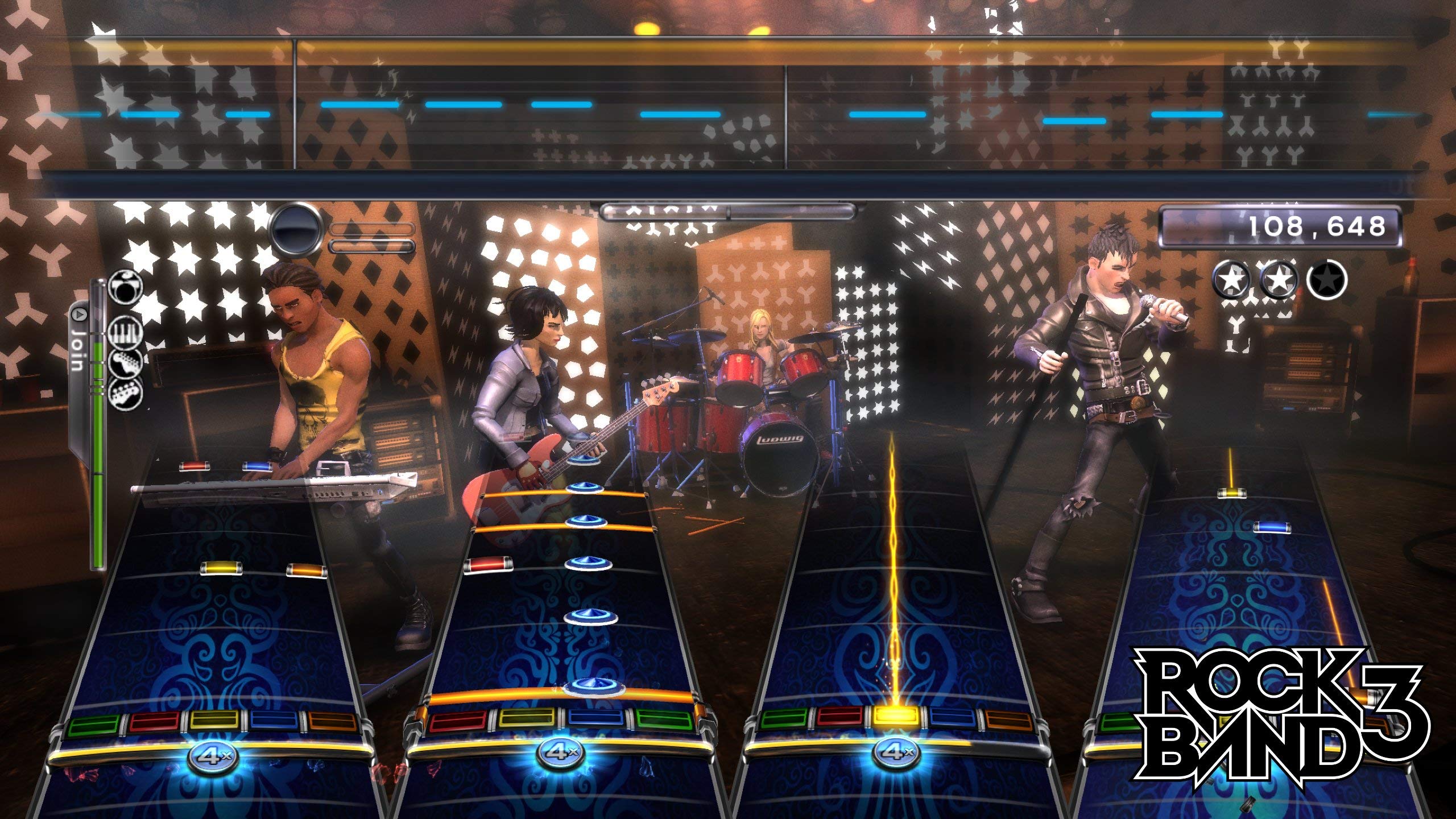 The popularity of the Guitar Hero and Rock Band franchises has long been met by musicians and people that don’t like fun complaining that “if you’re going to spend all that time playing a fake guitar, you might as well learn how to play a real one.” Well, with the release of Rock Band 3, you might actually come a lot closer to knowing how to play guitar – and keyboard.

First things first, yeah, there’s going to be a keyboard controller for the first time. The 25 key keyboard will come with a handle that will let you turn it into a keytar! More importantly, There’s going to be a 17 fret, six string Fender guitar controller available that will have 102 buttons in its neck. Players of the Pro Mode in the game will be able to actually play songs using their version of tablature. Will it make you an amazing player if you don’t know how to play? Probably not, but it’s definitely a good start.

This won’t come cheap, though. The keyboard will cost $79.99 (or $129.99 with the game). And the guitar will cost $149.99 alone. But in another nod to actual musicians, there will be a MIDI Pro Adapter Box for those that already have MIDI keyboard and drum sets, so they’ll be able to use their existing instruments to play. Wired got a chance to play Rock Band 3, and the Pro mode sounds pretty ridiculous.

Guitar is where Pro mode really gets insane. To play a guitar track on this setting, you’ll need the new Fender Mustang Pro Guitar controller, which simulates the playing of six strings and 17 frets with a whole array of buttons on the neck.

Also, you need to be a savant. Pro mode guitars weren’t available for our hands-on experience, but we saw a video of the Dio tune “Rainbow in the Dark” and it looked damn near impossible — like trying to read tab notation on a piano roll going a hundred miles an hour.

It seems like the Rock Band franchise is adjusting to the declining sales and buzz about rhythm-based games. Closets everywhere are filled with plastic guitars and drum sets, and the actual movement of playing the games as a cultural phenomenon jumped the shark shortly after the first Rock Band came out. But this could give Harmonix two things: the opportunity to sell two more peripherals and a new audience of actual musicians that might stop sneering and start playing. There’s a partial track listing of songs after the jump (spoiler alert: Dio!).Metric – “Combat Baby”
Rilo Kiley – “Portions for Foxes”
Them Crooked Vultures – “Dead End Friends”
The Vines – “Get Free”
The White Stripes – “The Hardest Button to Button”
Phoenix – “Lasso”
Ida Maria – “Oh My God”
Juanes – “Me Enamora”
Jane’s Addiction – “Been Caught Stealing”
Smash Mouth – “Walkin’ on the Sun”
Spacehog – “In the Meantime”
Stone Temple Pilots – “Plush”
Dio – “Rainbow in the Dark”
Huey Lewis and the News – “The Power of Love”
Joan Jett – “I Love Rock and Roll”
Night Ranger – “Sister Christian”
Whitesnake – “Here I Go Again”
The Cure – “Just Like Heaven”
Ozzy Osbourne – “Crazy Train”
Queen – “Bohemian Rhapsody”
Jimi Hendrix – “Crosstown Traffic”
The Doors – “Break On Through”