After being rushed to the hospital to address a brain aneurysm, drummer Nigel Glockler of Saxon is making a recovery and will be leaving the hospital tomorrow. In addition, the legendary heavy metal band has announced via Facebook that Sven Dirkschneider will be filling in as their live drummer until Glockler makes a full recovery.

The band released this statement on their Facebook page yesterday:

“IT’S 2015!!!!!!!! The next shows are in The UK. Just to let you all know, for all these shows Nigel Glockler will be at the shows to meet and great the VIP ticket holders! Sven Dirkschneider will be drumming all these shows as Nigel will not be 100% fit by then but he will be at the shows! Sven is Udo Dirkschneider’s son of Accept and U.D.O. fame! There are still some tickets left for shows and VIP tickets! See you on Tour! HAPPY NEW YEAR!!”

Glockler released a video statement thanking fans as well, which can be viewed below. It’s encouraging to hear that he’s ok, and having a relatively famous drummer fill in will keep them top of mind until he’s better. 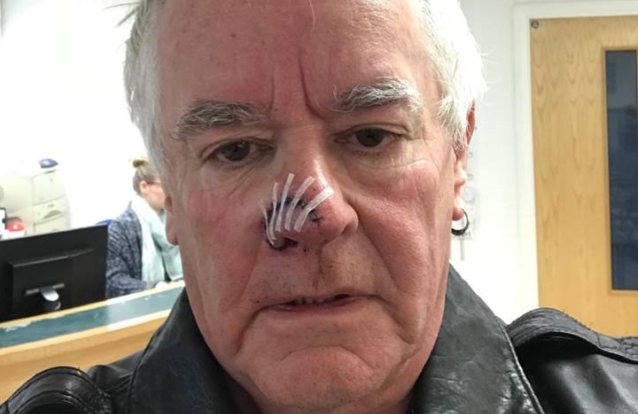