While Black Sabbath’s last tour is coming to a close- the band shows no signs of slowing down. Last week they re-released the Paranoid album as a deluxe box set. Among the many goodies included are demos, live performances and new mixes. But it’s not just another box set.

And what makes this one special, you ask? Well for one- the track listing is different, which creates a different experience when listening. Oh, and there’s also a demo version of the entire album. You’ll be surprised to also know some of the lyrics are different.

Take a listen. Here’s a live demo of “Iron Man”:

The lyrics were originally inspired by a riff created by Tommy Iommi, according to Geezer Butler:

“I just thought it was the heaviest thing I’d ever heard, so I wanted to reflect that in the lyrics,” he said. “Ozzy had said the riff sounded like some big iron bloke walking through the city, so I thought, ‘Oh, that sounds good. I’ll make it about some guy that gets turned into steel, and goes into the future in a time machine kind of thing, and then he comes back and wants to warn the world that they’re on the wrong way of doing things, and people just don’t take any notice of him.’ It sort of reflected what people thought about the band, the way we were slagged off in the press. Eventually the iron man in the song gets his revenge on them.”

“I thought the lyrics to ‘Iron Man’ were really sad,” Ward says. “I asked Geezer what it was he wrote and I didn’t really understand it. So I listened to it again over and over. I’m what people call an ‘orchestrational’ drummer, so I play to what the lyric is saying. I tried to make it sound sad.”

The Paranoid deluxe bot set is available now and can be ordered here.

{via Metal Injection and Rolling Stone} 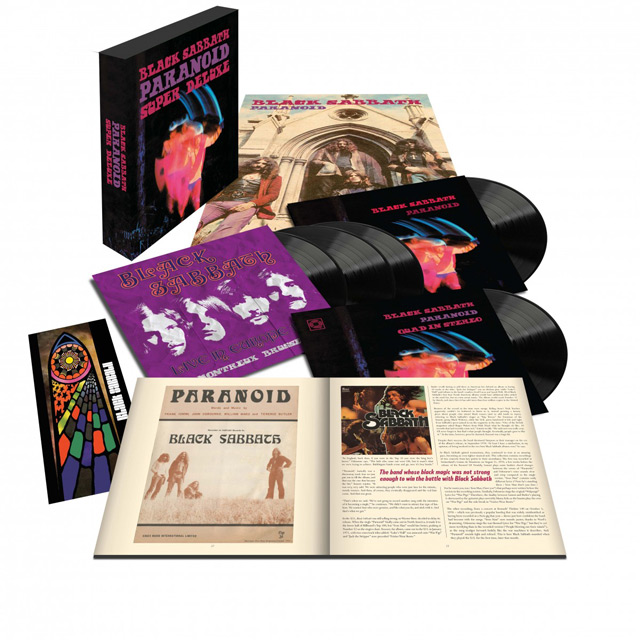