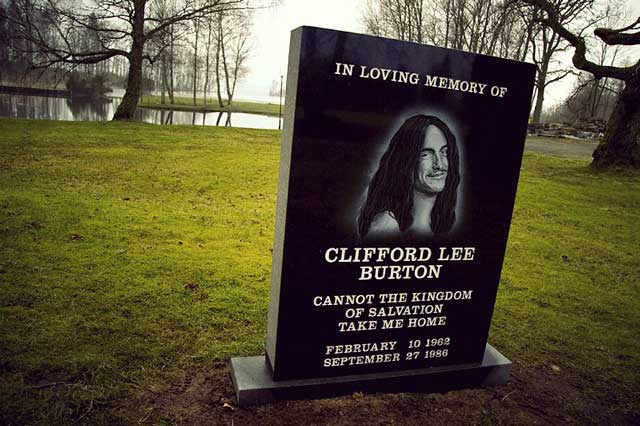 Thirty years ago, the world lost one of the most talented bassists imaginable, Cliff Burton. His gifts spoke like no other, as he was driven by the music, the creation and held a tenacity to go above and beyond which has made Metallica become the legends that they are. Many feel that Metallica died, the day Cliff Burton died on September 27, 1986, in Sweden due to the horrific bus accident. One should have been reminded of the fragility of life can be at that moment where, it does not matter how talented one can be, as death will knock on anyone’s door.

1986 was a pivotal year for Metallica as they released their third album Master of Puppets on Elektra Records. The album alone featured several of Burton’s excellent skill set that many cannot fully repeat what he did especially on the instrumental, “Orion” that features his iconic bass solo. Many questioned if certain solos were done by the guitar. However, Burton surprised all as it was done by his bass. Metallica were young and ambitious at the time, fully driven by their melodies and planning to work on the next album as they launched an extensive world tour that included dates in Europe.

While Metallica were riding on the tour bus traveling through Sweden, Burton, and guitarist, Kirk Hammett decided to draw cards that evening to decide on their sleeping arrangements. Burton ironically selected the card of death, the Ace of Spades and decided to sleep in the bunk that Hammett had. The next morning must have been between 6-7AM, the band woke up due to the disturbing movements the bus was making as it shuffled from side to side due to hitting a patch of black ice as it ended up flipping over completely on its side. Burton fell out of the window when the bus flipped over and tragically landed directly on top of him. The horror story continued as they made attempts to rescue Burton, where the bus was getting lifted by a crane. However, the crane snapped making the bus land on Burton a second time. James Hetfield speculated if there were any ice on the road, as they wondered if the bus driver was drunk, passed out or high. Supposedly the bus driver was clear from any wrongdoings, but many continue to speculate to this day.

Today, September 27, 2016, marks the official thirty-year mark to this tragedy, I myself and I’m sure many others wonder where Metallica would be if Burton never died or where he would be if this tragedy never happened. It is no secret that Metallica has changed drastically since Cliff Burton died. However, his spirit has always presented itself. It was 1988’s …And Justice For All that features the tribute song for Burton “To Live Is To Die.” It is mostly an instrumental track, as it was a collection of riffs once written by Burton, as the only lyrics on the tune are words from Burton himself, “When a man lies he murders some part of the world. These are the pale deaths which men miscall their lives. All this I cannot bear to witness any longer. Cannot the kingdom of salvation take me home.”

Here is a rare interview with Cliff Burton that was made just six days before his death. At that time he was filled with hopes, dreams, and ambition. He valued the fact that Metallica didn’t have too much radio play as the fans knew where to find good music without it. He spoke about how Metallica stood out from the rest of the thrash metal scene, as they put hours into each song instead of playing a chord thinking it sounds good enough. Burton expressed their image was to show they are just like everyone else. He described their music came from honesty, as none of them were happy so, why would they write happy tunes? You will cry at the end of this interview as Burton mentioned he was looking forward to heading back home for the Holidays, and sadly he never did.