Down previously announced their return next year with 2020’s Graspop Metal Meeting festival, and have now confirmed another show. To celebrate the 25th anniversary release of NOLA the band will be playing Copenhell festival, which will be held June 17-20, 2020 in Copenhagen, Denmark.

Perhaps former guitarist Kirk Windstein will reunite with Phil and the gang on one of these shows, that is, if he’s not too busy with his current solo record, Dream In Motion.

If you haven’t already, make sure to vote for your most anticipated reunion here. 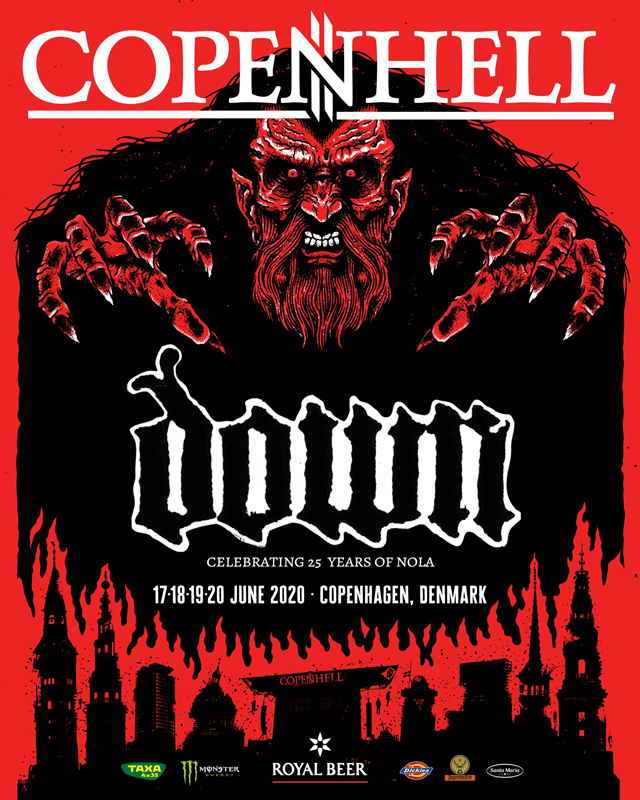