With the release of their eighth studio album pushed back to November, the Deftones have released a limited edition silk-screened poster to hold fans over. The already sold-out poster celebrates the 20th anniversary of their debut, Adrenaline, their second album to be certified Platinum after 2000s White Pony.

The new Deftones’ album features Alice in Chains guitarist Jerry Cantrell, and was apparently completed in July, but the release got pushed back, as vocalist Chino Moreno explained back in August:

“As of today, we are rushing to get our ‘thank-you’s,’ our credits, and all that stuff turned in. Once the music’s turned in, which should be hopefully in the next couple of weeks…. There is still some mixing and mastering to be done. But the recording’s all done, the songs are there, they’re written and recorded, and they’re awesome. We’re excited about it. We’re just dealing with the stuff now, putting all the artwork and everything together. And then, [it will take] a few months for them — the powers that be — to prepare it to be released.”

After touring with Incubus this summer, the Deftones will be playing Aftershock Festival on Sunday, October 25th with Faith No More, followed by a small West Coast tour before heading to the UK in mid-November, which is hopefully around the time the new album comes out! 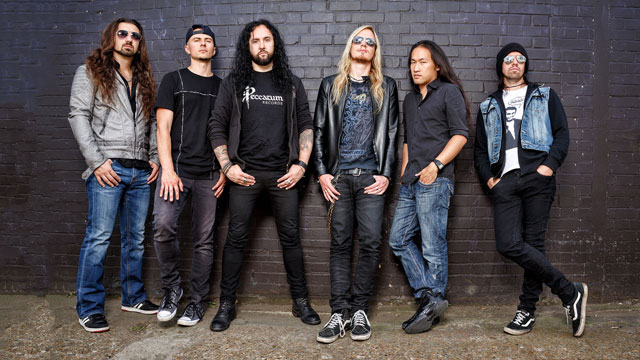