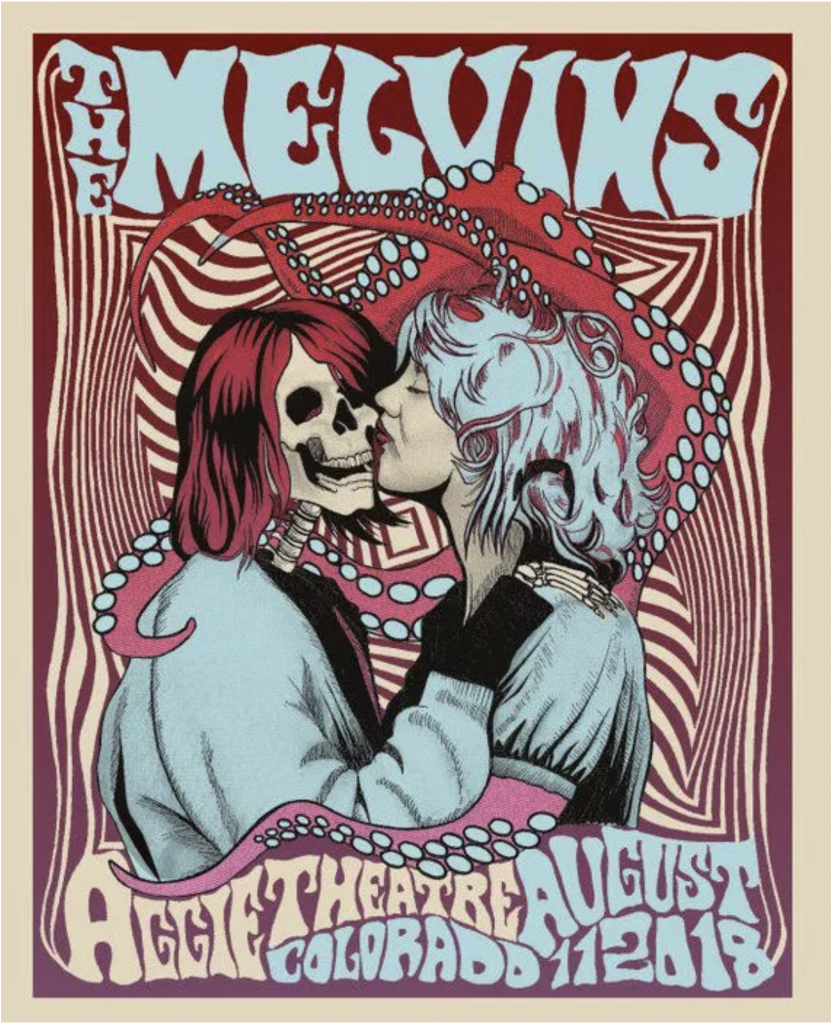 On August 14th, the Melvins completed their first touring cycle in support of their latest effort Pinkus Abortion Technician. During this particular trek, a brilliant show poster was created by Cincinnati artist Brian Methe for the Ft. Collins, Colorado show at the Aggie Theatre on August 11th. The artwork was inspired by a cover of a 1992 issue of Sassy. The illustration showcases the group’s previous relationship with Nirvana’s Kurt Cobain as a skeleton figure is drawn out to look like the late musician, who appears to be embraced by his widow, Courtney Love. To see more artwork by Methe, you can check out his Etsy store at this location.