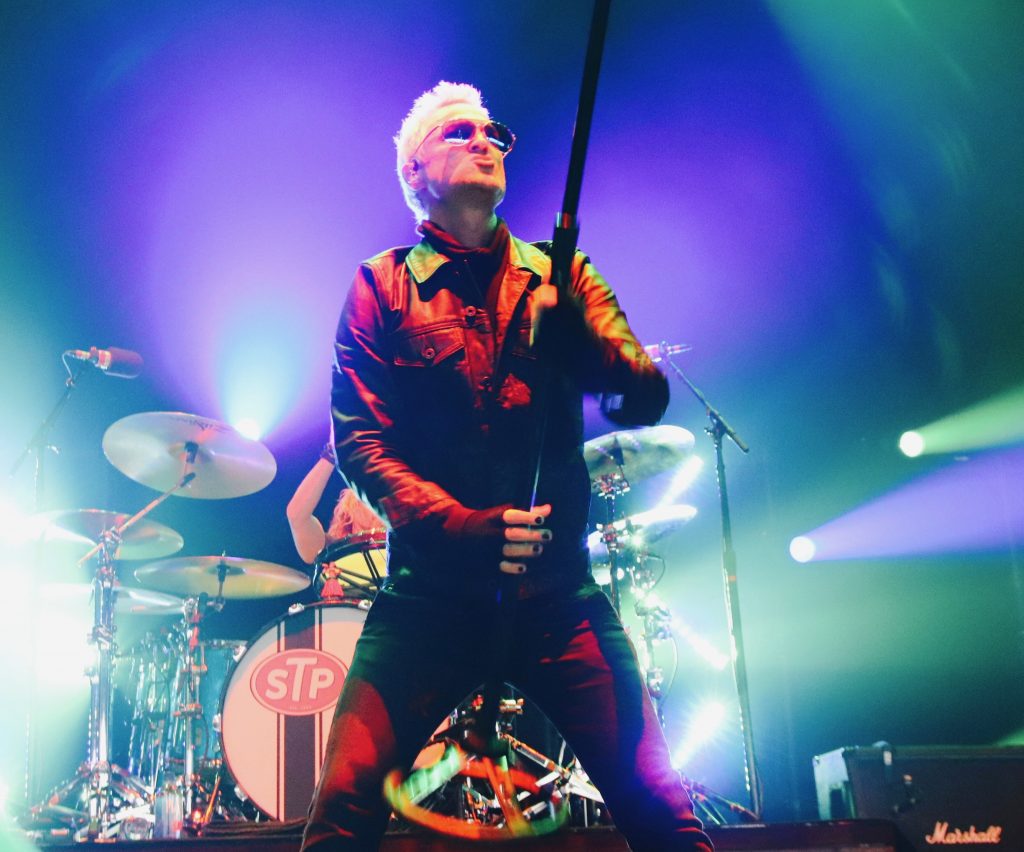 It had been nearly 17 years since I last saw Stone Pilots perform live. That was back in 2001 at Brixton Academy in London. Amazing show right in the heyday of Weiland’s torrid affair with the megaphone. So much has changed with STP since then, yet, as demonstrated by their intensely crowd-pleasing performance in Camden last Saturday, so much has stayed the same.

With latest sensation Ghost and rock icons Alice In Chains above them on the bill, STP knew that they had to bring their A game to the BB&T pavilion. The DeLeo brothers on bass and guitar were sensational. Robert’s bass was completely on point and Dean plays the classic tracks like it was 2001 all over again. Stalwart Eric Kretz was in fine form on the drums as well.

The question mark for most in the audience was newcomer Jeff Gutt, of X Factor fame, on lead vocals. To be honest, I was rather skeptical about what to expect.   That skepticism quickly vanished, however, about two verses into the opener, “Wicked Garden.” If there is a vocalist out there who can really bring justice to the Weiland era songs, STP has found it in Gutt. Not only does Gutt’s voice fit into the sound masterfully, his stage presence is inspiringly high energy and his enthusiasm is clearly contagious. He fits perfectly as the centerpiece between the DeLeo brothers on the stage.

What really sold me on Gutt as the new vocalist was his rendition of “Big Empty.” This is a such a classic, heartfelt STP track and I was anxious to see how Gutt handled it. Quite simply – he nailed it. Of course, we all know there is no replacing Weiland, especially on this particular song, however, the band has demonstrated that it still undoubtedly can perform this song with heightened emotion and genuine integrity.

In what was largely a greatest hits set list the band tore through “Vasoline,” “Big Bang Baby,” “Plush,” “Interstate Love Song” and, a powerful rendition of “Sex Type Thing.” STP also gave the fans a taste of their latest self-titled record with a performance of “Roll Me Under.” I did notice many fans in attendance singing along to this track, indicating that the new record has garnered a positive reception here in Philly.

If you’re on the fence about seeing to this revitalized version of STP, my advice is to go see them. You will not regret it.