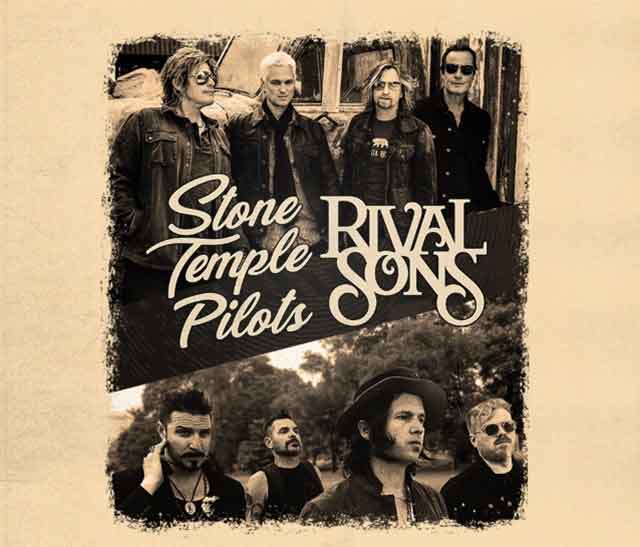 Said STP’s Dean DeLeo of the tour in a statement:

“We are thrilled about this tour and grateful to share these upcoming shows with Rival Sons. Great band! They don’t make them like this anymore. Looking forward to seeing all of you!”

“We’re delighted to share the stage with the DeLeo brothers and STP! Not to mention performing together in some really great venues. These guys wrote some of the soundtrack to my childhood…and it’ll be killer to watch and listen to ‘em hit these gems every night!”

Stone Temple Pilots released their self-titled seventh studio album in March 2018. It was the first with new lead singer Jeff Gutt, who was hired in 2017. Before the latest tour dates, the band will be heading to European for a string of festival shows in June, as well as a few dates in North America and Israel peppered throughout May, July, and August.

Rival Sons released their sixth studio album, Feral Roots, in January of this year. Before the new dates, the band will be playing a few west coast shows before heading to Europe for a summer festival tour.