Last week was marked both by sorrow and celebration. On Monday the 2nd, vocalist Mahk Daniels of Early Graves was killed in a tragic van accident in Oregon, striking another talented young band with terrible calamity. But there was also cause to rejoice, as Nightwish singer Anette Olzon gave birth to her second son, and first with current boyfriend Johan Husgafvel (bassist of Swedish industrial group Pain) on July 30th. New life is always a good reason to be happy, and it reminds us that even when we mourn those lost, we can be grateful for those in our future.

This week marks the debut of a number of excellent albums, beginning two solid months packed with high-quality releases. Read on and see what grabs your interest!

Just in time for Ozzfest, BLS is back with another new record. Eight albums in, Zakk Wylde still hasn’t changed the formula, and still doesn’t need to. The four-year wait since Shot to Hell has been rough on the fans, but Order of the Black should make it all worth it.

If you’re unfamiliar with these guys, it’s the collaboration of Rage Against the Machine/Nightwatchman guitarist Tom Morello and The Coup vocalist Boots Riley. It’s an interesting amalgamation of rap and rock that has a unique flavor to it that I like to call “the Morello stamp”, since anything that Tom Morello touches has that same instantly recognizable and maddeningly indescribable quality to it. If you’re a fan of Morello’s other work, then you’ll definitely like SSSC.

Mindless Self Indulgence, <3 (The End)

This EP was given away for free to those who bought copies of MSI’s album If during a specific week back in February. It is now being made available in the iTunes store for the die-hard fans that just have to have this collection of demos and b-sides. It’s a little long for an EP, clocking in at 8 songs, but I suppose the classification will matter little in the end.

Waking the Cadaver, Beyond Cops. Beyond God. (Candlelight)

For a long time, Waking the Cadaver was the poster child of anti-deathcore ravings on Internet message boards. Expect the hate mill to start churning again now that the Jersey-based group is releasing their sophomore album. These guys go all out and squeeze every bloody ounce of brutality from their music. Pick this up if you’re looking for a good reason to mosh in your bedroom.

Melodic metalcore seems to be the new “in” trend attempting to revitalize the genre. Destruction of a Rose seem to want to make everything bigger in their melodic metalcore blend. The heavier parts are insanely heavy, likening the band to Beneath the Sky and For the Fallen Dreams. But the melodic parts really go all-out too, earning comparisons to The World We Knew and This or the Apocalypse. It’s a little bit of everything, and it’s decent. But the album is only available digitally or at Hot Topic, so be sure to hit up the correct vendors.

This is the first live release from the Finnish group in North America during their entire 20-year career. If you’re not familiar with Amorphis, you ought to get familiar quickly. Their newer material is Finland’s answer to Paradise Lost, and vocalist Tomi Joutsen has the skills to prove it.

One of the hottest new “buzz bands” of recent memory, The Faceless is fast-tracking towards taking over the technical death metal crowd. This reissue of their breakout album will be a nice way to build up hype about the band leading into their tour with Suffocation and Decrepit Birth in the fall. Pick it up to get some bonus videos and other interesting goodies.

Industrial pioneers Godflesh, who reunited for some summer festival appearances, are re-releasing their landmark debut with a second disc full of demos, original versions of songs, and live hits. Unless you’re going to Europe to see Godflesh live, this is as close as you’re going to get to new material from the band…at least, for now.

Hordes of Chaos was easily one of the best thrash albums released last year, if not the best overall. It’s only fair, therefore, that it gets a fancy new look and bonus materials to sweeten an already-excellent deal. The bonus tracks are demo recordings of several Hordes of Chaos hits, as well as some older songs. There is also a DVD documentary covering the making of the album. This box set will be well worth the purchase price.

Next Week: We will enter THE FINAL FRONTIER, but we won’t have any Star Trek references. Okay, maybe there will be a few references. Tune in next week for more! 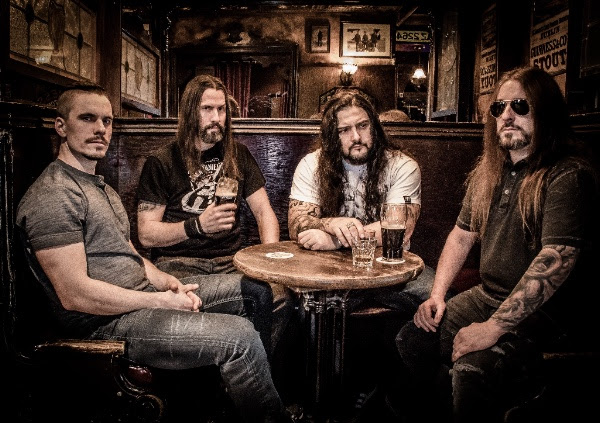