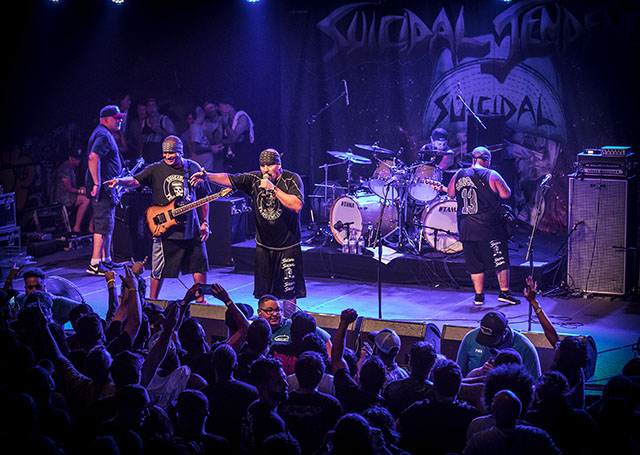 After eight years of free and highly-curated shows, an NYC tradition, the House of Vans, is calling it quits after this Summer. And while the shows have included bands like Quicksand, Converge, Gwar, Mutoid Man and more over the years, the last heavy show they’ll be having took place last Saturday (14) with Suicidal Tendencies playing their self-titled album in it’s entirety. It also gave fans a chance to see the latest incarnation of the band, which in addition to Dave Lombardo on drums, featured former The Dillinger Escape Plan guitarist Ben Weinman. NYHC legends Killing Time opened, as did Chud. Metal Insider contributing photographerWes Orshoski captured the evening for us.

If you’re interested in catching the rest of the House of Vans shows before the location shuts down, go here.