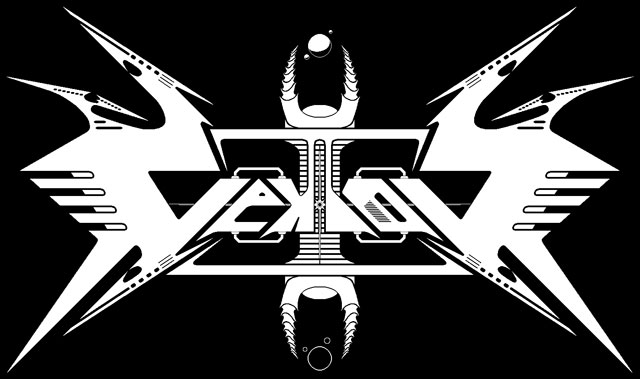 Last month, Vektor vocalist/guitarist David DiSanto was accused of domestic abuse by his wife Katy DiSanto as a short video clip of one of the incidents went public on social media showing what appeared to be David verbally and physically abusing her. Katy later thanked the metal community for the support as well as launchd a Gofundme campaign, which has now exceeded its $4,500 goal. We have also responded to domestic abuse in the metal community as we’ve expressed there’s never an excuse to hit a woman. Nearly one month later, David issued a statement of his own shortly before the band’s Facebook page appears to have been deactivated.

Brooklyn Vegan caught the following statement before the page’s removal:

“Hey, there’s a lot of misinformation going on. I tried to stay quiet, but there is too much hatred spawning off of everything. I’ve gotta say something but keep things vague. I need everyone to know that sometimes relationships get tricky and people say and do bad things when things turn sour. I never wanted my life to turn into a dumb reality show/Soap Opera, but here it is. It really demeans the music this band has created. There’s a person who has destroyed this entire band and, (surprise!) it wasn’t me. I honestly feel very embarrassed that I lied for many years trying to save that person, while hurting myself, band mates, friends, and family in the process. All I ask is for all the hatred to stop. That’s all I’ve wanted from the beginning. Please don’t get swallowed up in drama. Think for yourself, take the best knowledge you’re presented with and make up your own mind. That’s what VEKTOR is all about. Personal BS doesn’t have a place in all this. Be nice to each other. Be fair and ethical. I got stuck in a difficult situation, and one 15 second instant of my personal life was blown up on the internet. I’m sure a lot of you out there have lived through something similar, maybe to less of an extreme… Not fun for both sides. I’m lucky to have such supportive friends and family. I don’t want to imagine what would’ve happened to someone who didn’t have that kind of support… Anyone who has something bad to say: Go ahead. I’m sorry for you in the future because it probably means you haven’t been through something like this before. It’s hard, and it will ruin you. I’ve received a lot of hate mail… Please, please, please do not send any hate mail to the other party involved. Don’t even respond to negative comments. Let those people say what they gotta say and let’s be cool to each other. Let’s stop this hatred and move forward. This personal crap, dirty laundry doesn’t belong online or in metal, especially when dealing with false accusations. For the fans… I’ve been talking with Erik. We’re friends again, and we’ll see what happens.”

Brooklyn Vegan has also reported that prior to the account’s deactivation, David wrote the following in the comments:

“I also gotta say I’ve never hurt any human being. I got in a fight in high school, but the guy just split my eyebrow open and I still didn’t throw a punch. I was trying to reason with him. That’s me,” and “Did anyone see the video of every moment that led up to that point? How many people on here know me or Her in real life? Relationships aren’t that simple. People are hurting right now on both sides.”

One hour after the post, Brooklyn Vegan reports one final Facebook status was made, which makes us assume the site was deactivated shortly after.