While fans had a blast this past weekend at the Scion Rock Fest in Memphis, TN, the night didn’t end too well for Vektor’s David DiSanto. The singer was reportedly detained and charged with disorderly conduct after splashing a beer on an alleged Christian protestor at the event.

Municipal Waste was actually among the first to reveal the news, posting the picture above of DiSanto getting arrested on Facebook along with the tag “This is Dave from Vektor. He got locked up for throwing a beer on a christian protester at our gig last night. If you see this man buy him a beer. He seems to have lost one.” A few hours later, Vektor released the following statement about the arrest:

“Alright alright alright. As many of you know it was an intriguing evening in Memphis after the show itself (which did rule, thanks to you all, by the way). We’d like to clarify a bit though, the blurb going around is sounding a bit misleading. 1. ‘Threw a beer’ does not mean ‘chucked a glass bottle,’ or even a can/cup. (allegedly) beer was splashed out of a plastic cup, no violence. 2. He’s not locked away or anything, only a misdemeanor… We are getting a well needed chuckle from all the FREE DAVE/FREE VEKTOR stuff though. Even though you guys have put a somewhat positive spin on it, it was a stressful ordeal for everyone involved last night, and all before an early morning flight. He is safe and sound though.

We are still missing details, as none of the 3 of us actually saw what happened and haven’t been able to communicate with him whatsoever since. Thanks for your amusing support, nothing remotely like this has ever happened to him (or us) so we’re kind of dizzy. Pretty absurd, but not the end of the world or anything. We probably shouldn’t say much more yet, and we have yet to see if or how this will affect things. It is unfortunate, but what’s done is done and hopefully the consequences are as mild as the (alleged) act.

Vektor (minus David, but only briefly)”

DiSanto’s mugshot has also made its way online, while another photo of the arrest itself was also posted by Vektor’s label Earache. Metal Insider contributor Nathan Katsiaficis was at the fest, and explains that there was a heavy police presence on Beale Street, which might have made it easier for him to be caught. “The venue that Vektor played, the New Daisy Theater, is just one or two buildings down the street from a police station, with heavy police presence all along the street, including just outside the venues,” he says. “The street was blocked off in the evening and age-restricted because visitors are permitted to purchase and walk around with alcohol in the area.”

While getting arrested is probably something he’ll never want to experience again, at least now DiSanto will get a crap load of free drinks from fans on the road for the incident. 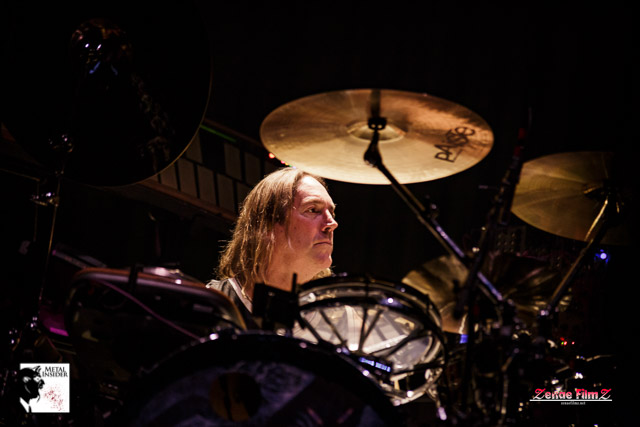